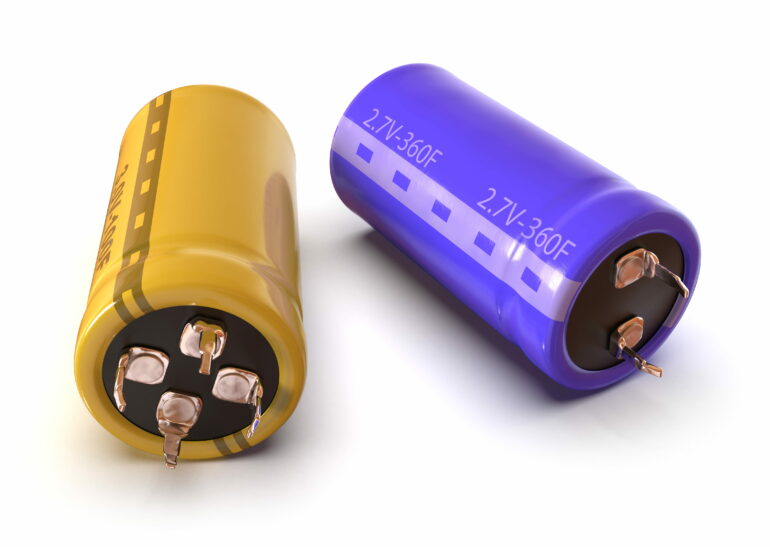 For decades researchers and technologists have regarded batteries and capacitors as two distinct energy storage devices—batteries, known for storing more energy but releasing it slowly; capacitors, for quickly discharging it in smaller spurts. Each new energy storage device has therefore been categorized as one or the other, or as some relation to one of the two, depending on the electrochemical mechanism enabling it. But an international team of researchers, who are leaders in developing and studying energy storage technology, has now suggested that these mechanisms actually exist on a smooth spectrum, and trying to categorize a device as “more than” or “less than” a battery or a capacitor could be hampering progress in the field.

In a perspective paper, recently published in the journal Nature Energy, researchers from Drexel University, North Carolina State University, the University of California, Vanderbilt University, Saarland University in Germany and Université Paul Sabatier in France, suggest that all electrochemical energy storage mechanisms exist somewhere on a continuum between those at work in batteries and those that enable capacitors.

“We propose a unified approach that involves a transition from the ‘binary’ view of electrochemical charge storage in nanoconfined spaces as either a purely electrostatic phenomenon, or a purely Faradic phenomenon,” they write. “It should rather be regarded as a continuous transition between the two determined by the extent of ion solvation and ion-host interaction.”

In simple terms, one end of the spectrum is a chemical bond—the basic mechanism of connection, a physical link at the atomic level. The other end is an electrostatic attraction that temporarily entraps ions within and on the surface of a material.

The former phenomenon, called a Faradic reaction, gives batteries their excellent energy storage capacity and allows them to release charge gradually. But it’s also the reason it takes them so long to charge. The latter, more of a fleeting attraction than a true bond, enables the rapid bursts of energy that power camera flashes and the short-term uptake of energy from hybrid and electric car braking.

With each new development in energy storage technology, whether it’s a new combination of electrode materials and electrolyte solutions, or physical or chemical additives to curtail or enable the transfer of ions, researchers strive to observe and accurately characterize the electrochemical storage mechanism at hand.

But the authors say that in many cases, these narrow definitions are neither accurate, nor helpful when it comes to tailoring the devices to the very specific energy storage needs of new technology.

“What happens in-between classic batteries and supercapacitors has been a controversial topic for a long time,” said Yury Gogotsi, Ph.D., Distinguished University and Bach professor in Drexel’s College of Engineering, who was a co-author of the paper. “So-called ‘pseudocapacitors’ and hybrid energy storage devices have been studied for at least 30 years, but some scientists have attempted to reject pseudocapacitance completely, claiming that there are only these two extreme cases and everything else is a superposition of two mechanisms acting in parallel.”

The authors point out that in many of these hybrid devices, ions are nearly absorbed between the layers of electrode materials. In others, where porous nanomaterials in electrodes have been designed to maximize the full chemical intake, or adsorption, of ions, researchers have seen much faster energy discharges, likely due to the persistence of the electrolyte substance preventing the ions from fully intercalating.

Both instances fall outside of the ideal, but their properties are proving to be a valuable combination when it comes to powering new technology.

“We expect that understanding the ion desolvation (stripping ions of solvent molecules) and its role in determining the energy storage mechanism will allow us to reach the point when we combine high energy and high power in a single energy storage device,” Gogotsi said. “Think of batteries charging within a few minutes—you plug your cell phone in, unplug it a few minutes later, and can use it at least for a few hours. In case of 2D materials, like MXene or graphene, we can make flexible batteries for flexible and wearable electronics.”

The researchers recognize the importance of the standard-bearers for electrochemical energy storage, both for their role as the pillars of our theoretical understanding of the field and as the enablers of modern technology. But they argue that moving forward means operating somewhere in the middle, with the understanding that a right-fit energy storage device could be more effective than a better battery or a supercapacitor.

“We acknowledge that there are two ‘ideal situations’ – batteries and supercapacitors. There are equations derived for those cases. And there are commercial devices with billion-dollar industries producing them. But now we also know how to predict, design and manufacture devices that have properties between conventional extreme cases,” said Volker Presser, Ph.D. a co-author from Saarland University in Germany, and former research fellow in Gogotsi’s group at Drexel.

“New industries that require flexible, transparent, conformal, wearable energy storage, devices combined with energy harvesting, and other unconventional electrical energy supplies will benefit greatly from the new agile energy storage. And we are moving toward an electrical energy-driven economy, Internet of Things and other new, advanced technologies for sustainable applications. So, it will be very important to acknowledge and work to characterize these new devices as existing within a spectrum, rather than falling somewhere short of either end of it.”