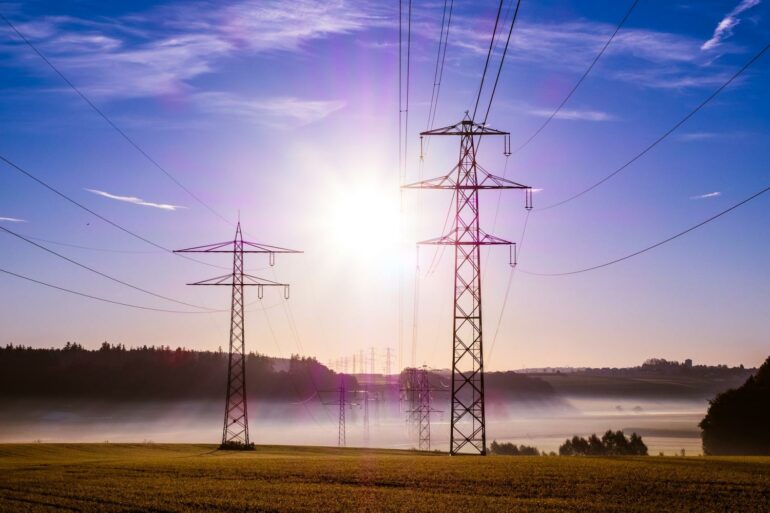 Cost-slashing innovations are underway in the electric power sector and could give electricity the lead over fossil-based combustion fuels in the world’s energy supply by mid-century. When combined with a global carbon price, these developments can catalyze emission reductions to reach the Paris climate targets, while reducing the need for controversial negative emissions, a new study finds.

“Today, 80 percent of all energy demands for industry, mobility or heating buildings is met by burning—mostly fossil—fuels directly, and only 20 percent by electricity. Our research finds that relation can be pretty much reversed by 2050, making the easy-to-decarbonise electricity the mainstay of global energy supply,” says Gunnar Luderer, author of the new study and researcher the Potsdam Institute for Climate Impact Research. “For the longest time, fossil fuels were cheap and accessible, whilst electricity was the precious and pricier source of energy. Renewable electricity generation—especially from solar photovoltaics—has become cheaper at breath-taking speed, a pace that most climate models have so far underestimated. Over the last decade alone prices for solar electricity fell by 80 percent, and further cost reductions are expected in the future. This development has the potential to fundamentally revolutionize energy systems. Our computer simulations show that together with global carbon pricing, green electricity can become the cheapest form of energy by 2050, and supply up to three quarters of all demand.”

The reasons lie mainly in the ground-breaking technological progress in solar and wind power generation, but also in the end uses of electric energy. Costs per kilowatt hour solar or wind power are steeply falling while battery technology e.g. in cars is improving at great speed. Heat pumps use less energy per unit of heat output than any type of boiler and are becoming increasingly competitive not only in buildings, but also in industrial applications. “You can electrify more end-uses than you think and for those cases actually reduce the energy consumption compared to current levels,” explains Silvia Madeddu, co-author and also researcher at the Potsdam Institute.

“Take steel production: Electrifying the melting of recycled steel, the so called secondary steel, reduces the total process energy required and lowers the carbon intensity per ton of steel produced,” says Madeddu. “All in all, we find that more than half of all energy demand from industry can be electrified by 2050.” However, some bottlenecks to electrification do remain, the researchers point out. Slowest in the race to decarbonisation are long-haul aviation, shipping, and chemical feedstocks, i.e. fossil fuels used as raw materials in chemicals production.

Limiting the reliance on negative emissions

The scale of the technological progress holds great opportunities for countries to leapfrog and for investors alike. However, not every technology is a success story so far. “In this study, we constrained the reliance on technologies which aim at taking carbon out of the atmosphere, simply because they have proven to be more difficult to scale than previously anticipated: Carbon Capture and Storage has not seen the sharp fall in costs that, say, solar power has. Biomass, in turn, crucially competes with food production for land use,” Luderer lays out. “Interestingly, we found that the accelerated electrification of energy demands can more than compensate for a shortfall of biomass and CCS, still keeping the 1.5 degrees Celsius goal within reach while reducing land requirements for energy crops by two thirds.”

“The era of electricity will come either way. But only sweeping regulation of fossil fuels across sectors and world regions—most importantly some form of carbon pricing—can ensure it happens in due time to reach 1.5 degrees,” Luderer says. Indeed, the simulations show that even if no climate policy at all is enacted, electricity will double in share over the course of the century. Yet in order to meet the goals of the Paris Agreement of limiting global warming to well below two degrees, decisive and global political coordination is crucial: pricing carbon, scrapping levies on electricity, expanding grid infrastructure, and redesigning electricity markets to reward storage and flexible demands. Here, hydrogen will be a crucial chain link, as it can flexibly convert renewable electricity into green fuels for sectors that cannot be electrified directly. “If these elements come together, the prospects of a renewables-based green energy future look truly electrifying,” says Luderer.

The research was published in Nature Energy.

With a zap of light, system switches objects’ colors and patterns