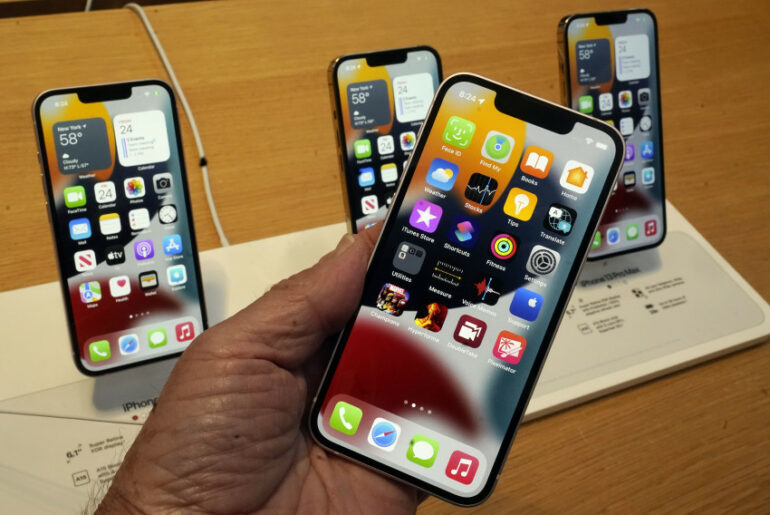 Apple said Tuesday it is expanding the iPhone’s capabilities to accept contactless payments, making it easier for merchants to conduct tap-to-pay transactions without having to buy additional hardware.

It will also give Apple a competitive edge in the growing world of contactless payments, in which the iPhone, as well as Apple Pay, play a dominant role by effectively turning the iPhone into a point-of-sale terminal.

The iPhone has been used as a contactless way to pay for goods and services since Apple Pay launched in 2014. But it required merchants to have their own point-of-sale hardware in order to accept contactless payments. Shares of payment platform company Block, formerly known as Square Inc. with its well-known iPhone dongle used to accept payments, fell more than 1% on Tuesday after Apple’s announcement.

Those devices ranged in price from $50 for contactless payment device that sat next to a cash register, to devices that cost hundreds of dollars and would allow an employee or shop owner to accept payments anywhere in a store or restaurant.

Because of the cost, often only large retailers would have mobile tap-to-pay devices. Apple’s own retail employees have used a device bolted onto an iPhone to accept contactless payments in its stores, for example.

Now the iPhone will be able to act as a payment terminal itself, without any additional hardware, Apple said. The tap-to-pay feature will use the iPhone’s existing NFC chip that was being used to transmit payments down to a payment terminal. It will be available to developers via an iOS software update this spring. It will be up to developers and payment-services companies to add the capability to their point-of-sale software.

Stripe will be the first point-of-sale company to use the iPhone as a tap-to-pay payment terminal through its Shopify app, Apple said.

Contactless, or tap-to-pay, payment systems have long been popular outside the U.S. as the default way of paying for goods and services. But tap-to-pay has grown in popularity in the U.S. in recent years, particularly during the pandemic when customers and merchants wanted to avoid as much physical interaction with cash and cards as possible.