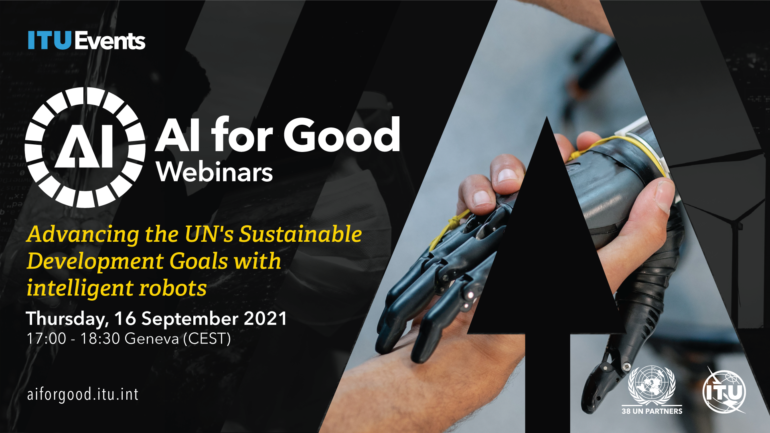 An international team of scientists, led by the University of Leeds, have assessed how robotics and autonomous systems might facilitate or impede the delivery of the UN Sustainable Development Goals (SDGs).

Their findings identify key opportunities and key threats that need to be considered while developing, deploying and governing robotics and autonomous systems.

However, the associated potential positive and negative effects caused by their involvement in the SDGs had not been considered systematically. Now, international researchers conducted a horizon scan to evaluate the impact this cutting-edge technology could have on SDGs delivery. It involved more than 102 experts from around the world, including 44 experts from low- and middle-income countries.

The report is published in Nature Communications.

Lead author Dr. Solène Guenat began the research while at the Sustainability Research Institute at Leeds. She is now at the Institute for Landscape Planning and Ecology of the University of Stuttgart. The research was conducted as part of Leeds’ Self Repairing Cities project. This project, concluded in 2021, aimed to enable robots and autonomous systems to maintain urban infrastructure without causing disruption to citizens.

Dr. Guenat said: “Robotics and autonomous systems are here to stay and will fundamentally transform how we interact with one another, technology and the environment.

“This transformation offers many potential benefits for sustainable development. However, realizing those benefits while minimizing unintended consequences is a complex challenge. Early identification of possible negative impacts along with early collaboration and continued dialogue across stakeholders will help us seize opportunities while avoiding pitfalls.”

Horizon scans have been used to study a wide range of topics, including bioengineering, medicine and biodiversity conservation. They are increasingly used by private and public organizations worldwide to inform decision-making.

For this horizon scan, the researchers recruited 102 experts in either robotics and autonomous systems and/or the SDGs to participate in online surveys, group discussions and workshops to identify positive and negative impacts robotics could have on delivering the SDGs. The team then evaluated and synthesized the expert responses to determine the key opportunities and threats.

Replacing human activities: Robotics and autonomous systems will take over manual tasks deemed too dangerous, repetitive, or for which labor cannot be foundSupporting human activities: Assistive autonomous robotics will work hands-in-hands with humans to facilitate human activities in the work-, private and public-environmentFostering innovation: Technological advances in robotics and autonomous systems will speed up research and development while improving collaborationsEnhancing access: Autonomous transport systems, including drones, will facilitate access to remote and/or dangerous areas, ease distance communication, improve supply chains, and transform current modes of transportMonitoring for decision making: Automatic data collection will be used widely with speed and accuracy, and will influence decision-making

Reinforcing inequalities: Autonomous systems will be unaffordable for most countries and governments, shunned by some due to negative perceptions, and decrease the need for low-skilled labor, thus reinforcing gender and global inequalitiesNegative environmental impact: Robotics and autonomous systems will have wide-ranging impact on the environment through the use of resources needed for their production, the pollution created by their use and disposal, the landscape simplification they will require, and the disturbance of ecosystems they will provokeResource diversion from tried-and tested solutions: Robotics and autonomous systems will require large amounts of financial resources to be implemented widely and competition for resources will put other proof-tested measures at risk, especially where goals address socio-political issuesInadequate governance: A robust and regulatory framework around robotics and autonomous systems use and ownership of the data they collect will not be developed in time, leading to ethical issues and increasing the risk of reinforcing inequalities and negative environmental impact

However, the future overall impact of robotics and autonomous systems on achieving the SDGs was acknowledged to be hard to predict, especially for goals dealing with inequalities.

Study co-author Professor Martin Dallimer from the School of Earth and Environment at Leeds and the Sustainability Research Institute said: “There are already promising ways to mitigate some of the identified threats robotics and autonomous systems could present.

“For example with issues regarding inequalities, there is a clear need to empower more women and those from diverse backgrounds to engage with robotics development.

“This, along with greater engagement by engineers with sustainable development professionals would ensure that robotics and autonomous systems are developed and deployed while respecting the needs of multiple different groups.

“Indeed, appropriate mitigation measures to counter the potential negative impacts of robotics and autonomous systems would, by their very nature, contribute to achieving Sustainable Development Goals.”

Planning for the future

The paper highlights warnings that as of early 2020, insufficient progress was being made towards meeting the SDGs by 2030. The coronavirus pandemic has also stalled some previous progress, for example by pushing an extra 124 million people into poverty and exacerbating health inequalities.

Mobilizing digital technology could significantly help facilitate the achievement of the SDGs. Yet the opportunities and threats posed by robotics and autonomous systems are so far not integrated into any other global initiatives, strategies or social goal setting.

The study authors suggest this is likely in part due to the relatively slow pace of regulation and goal setting when compared to robotics development, leaving the door open to poor regulation or non-binding guidelines.

Study co-author Professor Phil Purnell from the School of Civil Engineering at Leeds and Principal Investigator on the Self Repairing Cities projects said: “Regulatory processes developed in parallel with emerging new technologies are needed to ensure appropriate robotics and autonomous systems.

“Although the full impact of robotics and autonomous systems across the Sustainable Development Goals are hard to predict, inclusion of robotics in future iterations of the goals will be essential to avoid detrimental and unintended consequences while realizing the opportunities they offer.”