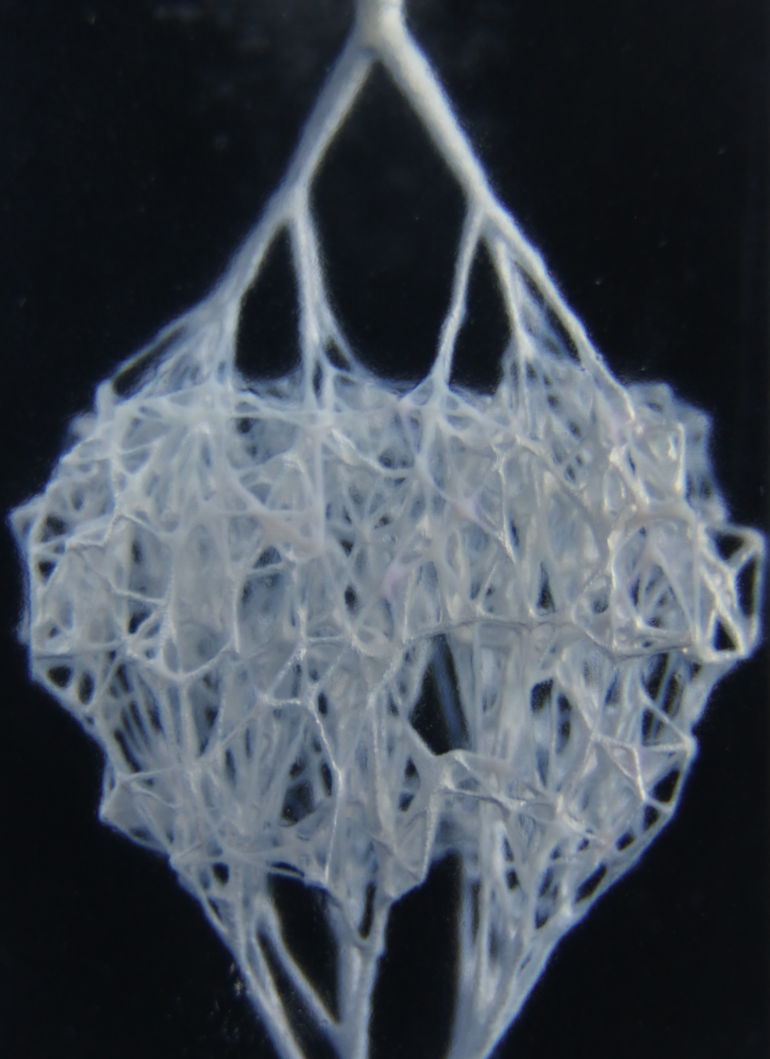 Imagine a future in which you could 3D-print an entire robot or stretchy, electronic medical device with the press of a button—no tedious hours spent assembling parts by hand.

That possibility may be closer than ever thanks to a recent advancement in 3D-printing technology led by engineers at CU Boulder. In a new study, the team lays out a strategy for using currently-available printers to create materials that meld solid and liquid components—a tricky feat if you don’t want your robot to collapse.

“I think there’s a future where we could, for example, fabricate a complete system like a robot using this process,” said Robert MacCurdy, senior author of the study and assistant professor in the Paul M. Rady Department of Mechanical Engineering.

MacCurdy, along with doctoral students Brandon Hayes and Travis Hainsworth, published their results April 14 in the journal Additive Manufacturing.

3D printers have long been the province of hobbyists and researchers working in labs. They’re pretty good at making plastic dinosaurs or individual parts for machines, such as gears or joints. But MacCurdy believes that they can do a lot more: By mixing solids and liquids, 3D printers could churn out devices that are more flexible, dynamic and potentially more useful. They include wearable electronic devices with wires made of liquid contained within solid substrates, or even models that mimic the squishiness of real human organs.

The engineer compares the advancement to traditional printers that print in color, not just black and white.

“Color printers combine a small number of primary colors to create a rich range of images,” MaCurdy said. “The same is true with materials. If you have a printer that can use multiple kinds of materials, you can combine them in new ways and create a much broader range of mechanical properties.”

To understand those properties, it helps to compare 3D printers to the normal printers in your office. Paper printers create an image by laying down liquid inks in thousands of flat pixels. Inkjet 3D printers, in contrast, use a printhead to drop tiny beads of fluid, called “voxels” (a mash-up of “volume” and “pixel”), one on top of the other.

“Very soon after those droplets are deposited, they are exposed to a bright, ultraviolet light,” MacCurdy said. “The curable liquids convert into solids within a second or less.”

But, he added, there are many cases in which you might want those liquids to stay liquid. Some engineers, for example, use liquids or waxes to create tiny channels within their solid materials, which they then empty out at a later point. It’s a bit like how drips of water can carve out an underground cavern.

Engineers have come up with ways to make those kinds of empty spaces in 3D-printed parts, but it usually takes a lot of time and effort to clean them. The channels also have to stay relatively simple.

MacCurdy and his colleagues decided to find a way around those limitations—better understanding the conditions that would allow engineers to print solid and liquid materials at the same time.

The team established a set of rules to help them do just that.

“We found that the surface tension of a liquid can be used to support solid material, but it is helpful to pick a liquid material that is more dense than the solid material—the same physics that allow oil to float on top of water,” Hayes said.

US seeks new 5G delay to study interference with planes

Next, the researchers experimented with a real 3D printer in the lab. They loaded the printer up with a curable polymer, or plastic (the solid), and with a standard cleaning solution (the liquid). Their creations were impressive: The group was able to 3D-print twisting loops of liquid and a complex network of channels not unlike the branching pathways in a human lung.

“Both structures would have been nearly impossible to make through previous approaches,” Hainsworth said.

MacCurdy also recently joined a team of researchers from CU Boulder and the CU Anschutz Medical Campus who are developing ways to 3D-print realistic models of human tissue. Doctors could use these models to practice for procedures and make diagnoses. The project will employ MacCurdy’s liquid-solid approach among other tools.

“We hope that our results will make multi-material inkjet 3D printing using liquids and solids more accessible to researchers and enthusiasts around the world,” he said.


Citation:
How to print a robot from scratch: Combining liquids, solids could lead to faster, more flexible 3D creations (2022, April 18)