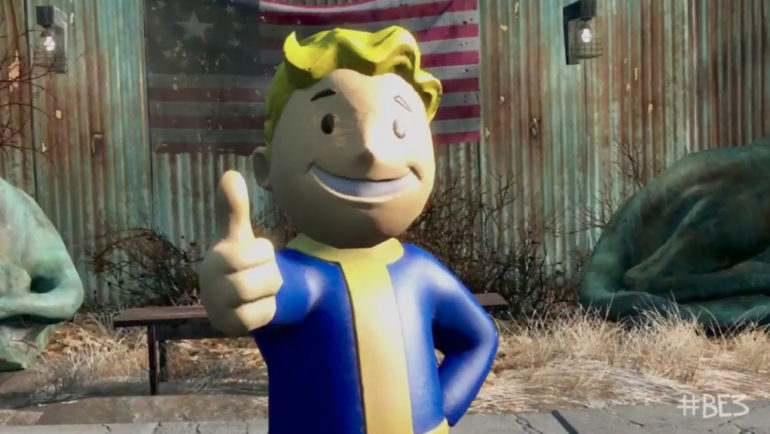 Nearly all of Bethesda’s games released in the past 10 years will be coming to Xbox Game Pass and Xbox Game Pass Ultimate, Microsoft announced in an Xbox Wire blog post, and a handful of these games will also benefit from FPS Boost on Xbox Series X, too.

All 20 games will be available to play on the console version of Xbox Game Pass, but Microsoft says 16 of those titles will also be available on PC, console and mobile devices as well through the cloud for Xbox Game Pass Ultimate members, meaning it will be possible to play Skyrim and Fallout 4 on your mobile phone.

The Xbox Game Pass news arrives just hours after a tweet from the general manager of games at Xbox, Aaron Greenberg, told Twitter that there’d be a round table discussion with Xbox Chief Phil Spencer about Microsoft’s recent acquisition of Bethesda and its studios.

During the round table discussion, Spencer emphasized that the acquisition of Bethesda would be beneficial to Xbox gamers, but stopped shy of explaining what exactly is going to happen in the future with Bethesda titles – including the highly anticipated next game in The Elder Scrolls franchise, The Elder Scrolls 6, or Starfield. The big question that hasn’t been answered: will future Bethesda games only come to Xbox consoles?

“Obviously I can’t sit here and say every Bethesda game is exclusive, because we know that’s not true,” Spencer said. “There are contractual obligations that we’re going to see through, as we always do in every one of these instances. We have games that exist on other platforms, and we’re gonna go support those games on the platforms they’re on.”

It seems unlikely that Microsoft will make all Bethesda games first-party exclusives, then, but Microsoft has said recently that some new games will be exclusive or have exclusive functionality on Xbox consoles like the Xbox Series X and Xbox Series S.

For Xbox gamers unacquainted with Bethesda’s back catalog of titles, however, their arrival on Xbox Game Pass is as good of a time as any to dive in.