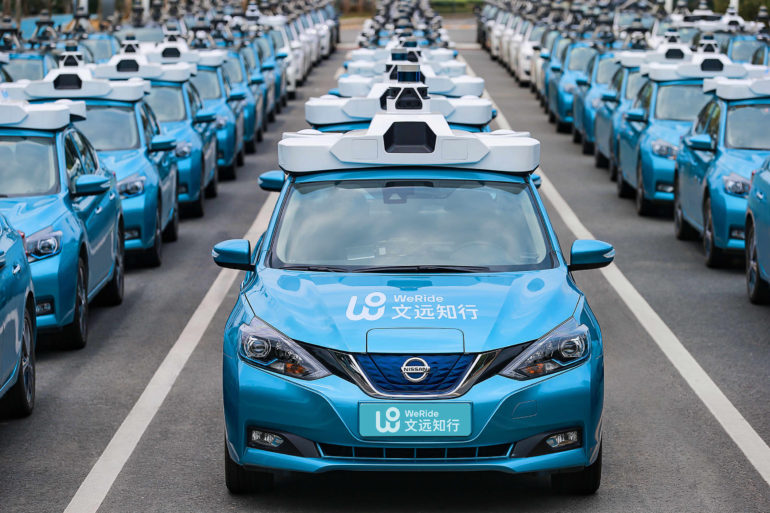 The Nissan-backed start-up did not disclose the sum raised but said it totaled “hundreds of millions” of dollars from venture capital investors including IDG Capital and Sky9 Capital. A number of other backers and existing investors participated in the round.

Tony Han, CEO of WeRide said in a statement that the new funding would be used for research and development, and commercialization “with the aim of delivering large-scale autonomous mobility in the coming future.”

WeRide is one of the many companies based in China pushing aggressively to take a lead in the autonomous driving space globally.

In 2019, it opened a robotaxi project in the southern Chinese city of Guangzhou, where it is headquartered. Members of the public have been able to use the service since last year in a certain area of the city.

In April, WeRide obtained a permit from the California Department of Motor Vehicles (DMV) to conduct driverless testing on public roads in San Jose.

The company is competing with other start-ups such as Pony.ai, which raised $267 million in November, and AutoX. Larger technology firms including internet giant Baidu and ride-hailing company Didi, are also exploring the space.

WeRide’s latest funding round comes off the back of a $310 million cash injection in January.

WeRide’s CEO previously told CNBC that he predicts the large-scale application of robotaxis will take place between 2023 and 2025. He said that WeRide will begin to make money from the business in 2025.

The company does not actually manufacture cars. Instead, it sells the autonomous driving systems to other automakers.