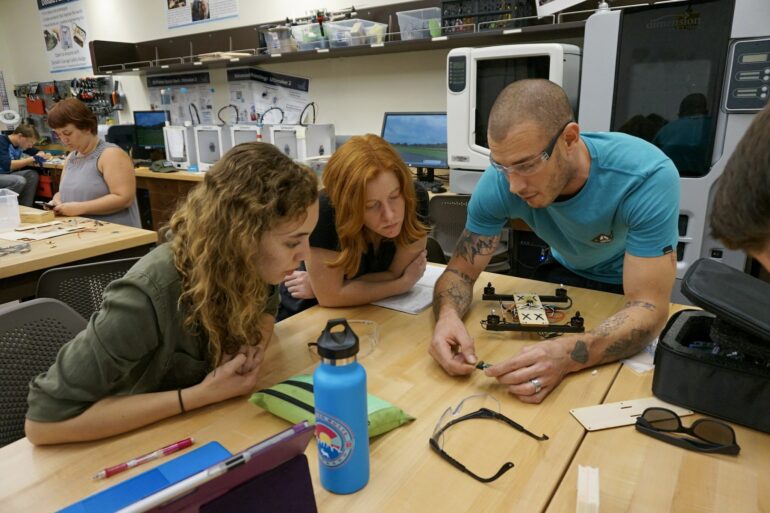 Engineers spend much of their time absorbed in the technical aspects of problems, whether they’re designing the next generation of smartphones or building a subway.

As recent news stories attest, this technocentric approach has some critical limitations, and the result can end up harming rather than helping society.

For example, artificial intelligence algorithms designed by software engineers to promote user engagement turn out to undermine democracy and promote hate speech. Pulse oximeters, key tools in diagnosing COVID-19, work better on light skin than dark. Power plants and engines, which have enabled much of the “progress” seen since the Industrial Revolution, have fueled climate change.

As an engineering professor, I have spent the past six years trying to figure out how to educate the next generation of engineers to avoid these mistakes.

Research shows that one of the key problems is that engineering classes often focus on decontextualized problems, failing to take into account the social context. We ask students to spend far too much time solving mathematical equations and far too little time thinking about the human dimensions of the problems they are trying to solve.

Practicing engineers are called on to solve ill-posed, messy problems that do not have one correct answer that’s easily found in a textbook. Students need the opportunity to confront, rather than avoid, this complexity during these crucial formative years when they learn to think like engineers.

Most engineering programs focus on standard “engineering science” courses, such as statics, thermodynamics and circuits, that trace their influences back to the technological race with the former Soviet Union during the Cold War, as Jon Leydens and Juan Lucena explain in their book “Engineering for Justice.”

It was then – some seven decades ago – that engineering curriculums began to emphasize the scientific and mathematical basis of engineering, cutting back on hands-on engineering design and humanities courses. While most engineering programs now incorporate these types of courses, engineering classes themselves still often have a persistent divide between the social and technical.

Even more disheartening, my colleague Erin Cech’s work on the “culture of disengagement” found that engineering students seemed to graduate from college more disengaged from social issues than when they started.

In a longitudinal survey of students across four universities, she found that students’ commitment to public welfare declined significantly over the course of their engineering education. The study, published in 2013, surveyed 326 students each year during college as well as 18 months post-graduation. She found that students’ “beliefs in…