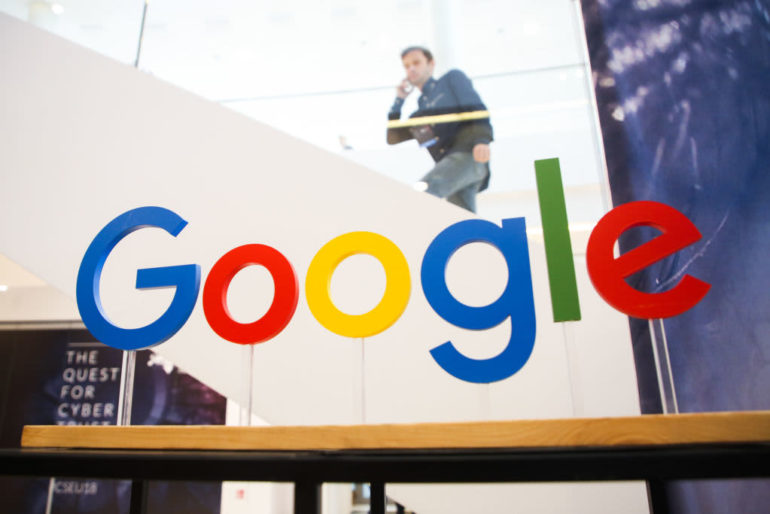 At Google’s annual marketing event Thursday, the company is showcasing ways advertisers will continue to be able to reach consumers as it reduces support for tracking cookies, which advertisers have used for decades to track users across sites to target ads and measure how effective they are.

Google’s Marketing Livestream is meant to give advertisers, agencies and other partners a sense of the tech giant’s roadmap for the year ahead, and to seek feedback. Jerry Dischler, VP and general manager of Ads, one of the presenters, told CNBC that Google will be discussing privacy, measurement and automation at the event.

With regulators taking a closer look at user privacy, and consumers becoming more concerned about the use of their personal data, tech giants are trying to get ahead by making changes in the name of privacy. Google announced its intention in early 2020 to end support for third-party cookies on its Chrome browser within two years.

But advertising remains Google’s core business, and it needs to keep advertisers happy. The company has been the market leader in online advertising for well over a decade, and is expected to command nearly a 29% share of digital ad spending globally in 2021, according to eMarketer In 2020, its parent company Alphabet generated almost $183 billion in revenue. Of that, $147 billion — over 80% — came from Google’s ads business, according to the company’s 2020 annual report.

Here’s what Google plans to discuss with advertisers Thursday:

One area of focus at Thursday’s event is the company’s work with the industry on technologies that it considers to be centered on privacy techniques, but which also support advertising purposes.

“It’s very clear that consumer expectations have changed around privacy. And we’re also seeing signs that governments and regulators think about privacy differently,” Dischler said. “And we want to be able to build for a durable privacy-preserving future that allows key advertising use cases to work.”

One of these options, Federated Learning of Cohorts (FLoC), would essentially put people into groups based on similar browsing behaviors, meaning that only “cohort IDs” and not individual user IDs would be used to target them. It has already received some pushback from privacy advocates, and some publishers have said they’re declining to test the tool, Digiday reported in April.

Google says it believes FLoC improves user privacy while still supporting relevant advertising, and said proposals from others in the ad tech space seeking to replace third-party cookies with alternative identifiers may work for large publishers. But a spokeswoman said the company has to “think about the diverse range who use our product including long-tail pubs.” Those publications might not have the same amount of first-party data as larger publishers would have.

“Right now, what we’re hearing from some publishers is they’re skeptical. They’re saying, ‘Hey, well, we have these alternatives. And we think that this is going to preserve everything that we wanted. So why should we have to make the trade-off?'” Dischler said. “Now, our position is that those solutions aren’t durable, and we should be building for the long term future.”

Google also argues that users’ personal browsing history doesn’t leave their browser or devices in FLoC, and excludes cohorts if they reveal potentially sensitive information. The company also said Chrome is introducing a control to let users opt-out of inclusion in FLoC and other Privacy Sandbox proposals.

Google plans to discuss solutions for advertisers who want to continue measuring ad performance in a different kind of environment.

“The privacy environment is changing. And our ability to access data is limited,” Dischler said. “But at the same time, advertisers have certain expectations around how they measure their return on investment, and we want to serve them. And so we’re using through a combination of first-party data and forecasting, we’re able to approximate the precision that they had before with these new systems.”

The company said it’s investing in products that help advertisers get more information on consumer behavior and purchase decisions using machine learning. Google also recently told advertisers they would be able to use opted-in first-party data for measurement even following the cookie changes. The company said it’s expanding the availability of something called “Customer Match,” which lets advertisers use online and offline data that customers have shared to target ads to them and other customers like them.

The company plans to give updates on upcoming moves in automation as well.

Google offers a slew of automated products — for instance, one product lets advertisers enter in multiple headlines and descriptions to create a “responsive” search ad, then Google Ads automatically tests those combinations to learn which perform the best.

Google said more than 80% of its advertisers use automated bidding, in which an advertiser picks a strategy — like trying to increase site visits or to get the most conversions for a given budget — and then lets Google automatically set bids try to reach those goals.

The company said it’s expanding the ability of advertisers to target return-on-ad-spend strategies on more of Google’s channels, including YouTube, Search, Display and more.

“The people who were using our automation gave us their business objectives. And they are relying on the power of machine learning to figure out how to adapt that business objective to our various advertising systems across all of these channels,” Dischler said. “When we saw that these systems would be durable to a shock like Covid, we said okay, this really is the best solution for most advertisers in every possible situation. So we’ve increased our investment there.”

In part, that means expanding its “Performance Max” campaigns more broadly after starting tests last year, with general availability coming later in 2021. Google says this type of campaign uses its automation to drive better results across all of its channels.