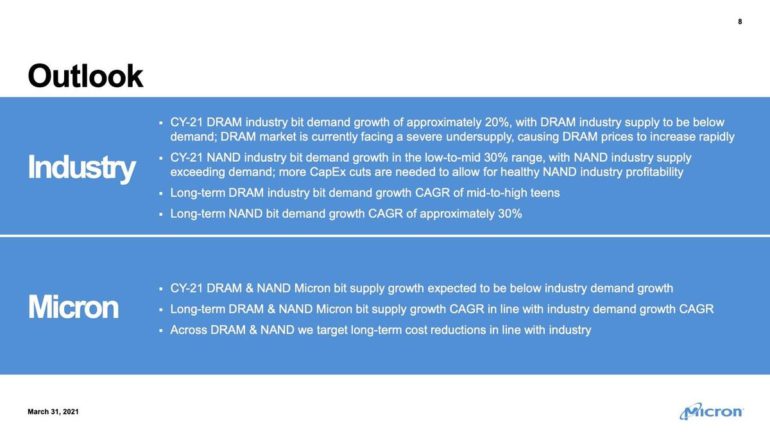 DRAM and NAND memory-chip giant Micron Technology this afternoon reported fiscal Q2 revenue and profit that was in line with a revised forecast offered earlier this month, and an outlook for the current quarter that was comfortably ahead of consensus.

Added Mehrotra, “Our technology leadership in both DRAM and NAND places Micron in an excellent position to capitalize on the secular demand driven by AI and 5G, and to deliver new levels of user experience and innovation across the data center and intelligent edge.”

Revenue in the three months ended in March rose 30%, year over year, to $6.2 billion, yielding a net profit of 98 cents a share.

That was in line with the company’s forecast on March 4th for revenue in a range of $6.2 to $6.25 billion, and EPS of 95 cents to 98 cents, which had been raised from its prior forecast offered on January 7th.

Could 5G rescue the world’s economy from a coronavirus recession?

Analysts had been modeling $6.2 billion and 95 cents per share.