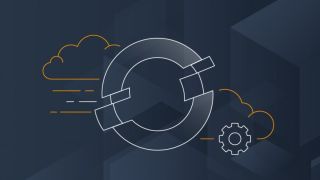 AWS customers now have a new option when it comes to deploying containers using the cloud computing service as the company has announced that Red Hat Open Shift Service on AWS (ROSA) is now available.

ROSA provides customers with a fully managed OpenShift service with joint support from both AWS and Red Hat. The service also has an AWS integrated experience for cluster creation, a consumption-based billing model and a single invoice for AWS deployments.

AWS built its new service in partnership with Red Hat to ensure that its customers have a fast and straightforward way to move either some or all of their existing deployments over to AWS.

For those who are already familiar with Red Hat OpenShift, they can accelerate their application development process using standard APIs and existing Red Hat OpenShift tools for their AWS deployments. At the same time though, they’ll also be able to take advantage of AWS compute, database, analytics, machine learning, networking, mobile and other services to improve agility and scalability.

Since 2008, Red Hat and AWS have worked together to make it easy for organizations to run Red Hat Enterprise Linux on AWS. Now though, customers will be able to acquire Red Hat OpenShift licensing through AWS and deploy managed OpenShift clusters from their accounts.

ROSA customers can choose from both an hourly, pay-as-you-go model or annual commitments and you can find out more on the service’s pricing page.