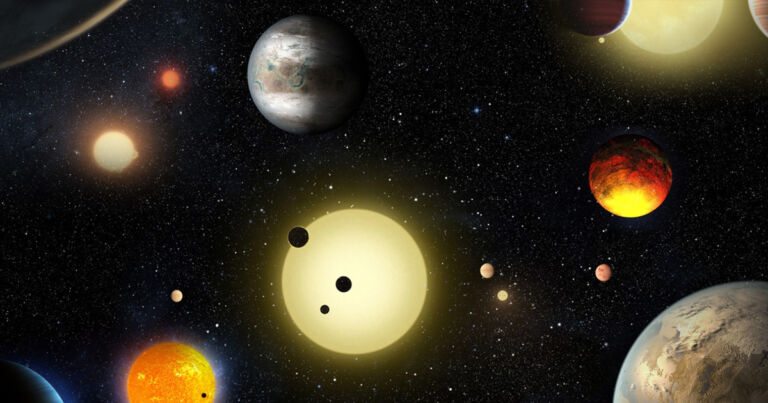 The team behind the algorithm, from Warwick University, fed it huge datasets originating from NASA’s now-retired Kepler mission and the Transiting Exoplanet Survey Satellite (TESS), a space telescope that launched in 2018.

The scientists are hoping their research could pave the way for future planet validation techniques. Current techniques for spotting and confirming the existence of other planets are easily swayed by noise, interference of an object in the background, or even errors in the camera.

The team trained their algorithm by teaching it the difference between confirmed planets and false positives. They then unleashed it on a separate dataset that has yet to be validated for planetary candidates.

The algorithm was able to confirm 50 new planets — a first in the history of astronomy, according to the team.

“The algorithm we have developed lets us take fifty candidates across the threshold for planet validation, upgrading them to real planets,” David Armstrong, from the University of Warwick department of physics, and lead author of the paper published in the journal Monthly Notices of the Royal Astronomical Society last week, said in a statement.

In Apps and WebComputer science
on 25 January 20211 min read

The planets come in a variety of sizes. Some are as large as Neptune, while others are even smaller than Earth.

“Rather than saying which candidates are more likely to be planets, we can now say what the precise statistical likelihood is,” Armstrong explained. “Where there is less than a 1 percent chance of a candidate being a false positive, it is considered a validated planet.”

It’s not only extremely effective, the algorithm…