Brain stimulation can rewire and heal damaged neural connections, but it isn’t clear how – research suggests personalization may be key to more effective therapies 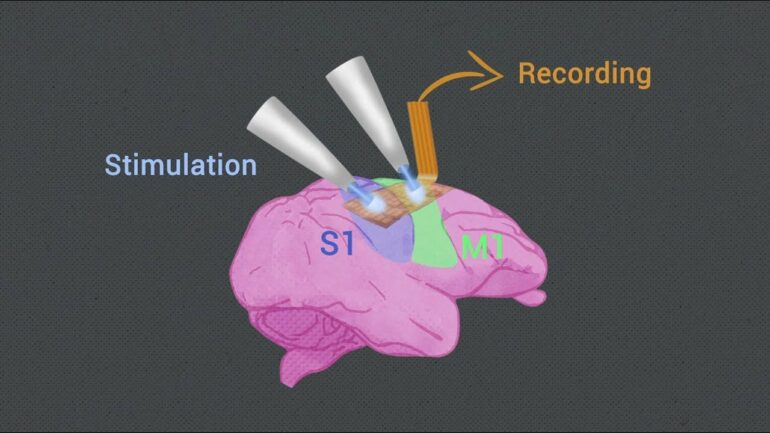 The connections between the neurons in your brain enable you to do amazing things, from brushing your teeth to solving calculus equations. When these connections become damaged, often as a result of conditions like stroke or traumatic brain injury, these abilities can be lost. Directly activating neurons with tiny pulses of electricity, however, can help rewire these connections and potentially restore function.

Doctors currently use this technique, called neurostimulation, to treat conditions like Parkison’s and depression. We believe that neurostimulation has the potential to not only treat symptoms but also cure a wider range of diseases by repairing damaged connections. However, it has been unclear how to best fine-tune stimulation to specifically target damaged connections within the brain.

New forms of neurotechnology and statistical modeling that have developed over the past few years have made answering this question possible. Our team of biomedical engineers and statisticians used these tools to show that the changes neurostimulation makes to neurons depend on how they were connected in the first place. In other words, for neurostimulation to work, it needs to be tailored to each individual’s brain.

To investigate what factors most strongly influence the effects of neurostimulation, we stimulated the brains of two monkeys and recorded how the connections between different regions changed. We focused on brain regions involved in motor movement and sensory processing – areas that are often impaired in neurological disorders like stroke.

We recorded our data with a large-scale neural interface – a device that rests directly on the surface of a live brain and records the activity of the neurons below it. Our neural interface was able to precisely stimulate each area through optogenetics, a technique that shines a light on genetically modified neurons to activate them. While not yet approved for use in people, optogenetics has unique advantages over other forms of neurostimulation that make it especially useful for understanding how stimulation affects the brain. This includes its ability to make higher-quality recording of the electrical signals generated by the brain.

We then analyzed our data with an artificial intelligence algorithm designed to predict how preexisting brain connections and different stimulation parameters will affect the brain.

This algorithm is similar to other AI techniques like deep learning that find complex relationships in data that are otherwise difficult or impossible to identify. But unlike these…