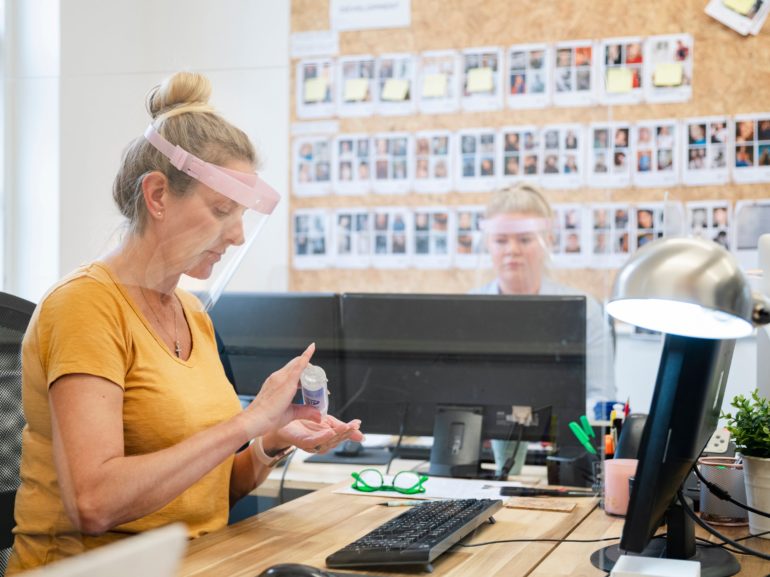 Plastic face shields are almost totally ineffective at trapping respiratory aerosols, according to modelling in Japan, casting doubt on their effectiveness in preventing the spread of coronavirus.

A simulation using Fugaku, the world’s fastest supercomputer, found that almost 100% of airborne droplets of less than 5 micrometres in size escaped through plastic visors of the kind often used by people working in service industries.

One micrometre is one millionth of a metre.

In addition, about half of larger droplets measuring 50 micrometres found their way into the air, according to Riken, a government-backed research institute in the western city of Kobe.

This week, senior scientists in Britain criticised the government for stressing the importance of hand-washing while placing insufficient emphasis on aerosol transmission and ventilation, factors that Japanese authorities have outlined in public health advice throughout the pandemic.

As some countries have attempted to open up their economies, face shields are becoming a common sight in sectors that emphasise contact with the public, such as shops and beauty salons.

Makoto Tsubokura, team leader at Riken’s centre for computational science, said the simulation combined air flow with the reproduction of tens of thousand of droplets of different sizes, from under 1 micrometre to several hundred micrometres.

He cautioned against wearing face visors as an alternative to masks.

“Judging from the results of the simulation, unfortunately the effectiveness of face guards in preventing droplets from spreading from an infected person’s mouth is limited compared with masks,” Tsubokura told the Guardian.

“This is especially true for small droplets of less than 20 micrometres,” he said, adding that all of the much smaller aerosol particles were found to escape through the gap between the face and the face shield. “At the same time, it somehow works for the droplets larger than 50 micrometres.”

Tsubokura suggested that people who are advised not to wear masks, such as those with underlying respiratory problems and small children, could wear face shields instead, but only outdoors or in indoor settings that are properly ventilated.

Fugaku, which can perform more than 415 quadrillion computations a second, recently found that face masks made from non-woven fabric are more effective at blocking the spread of Covid-19 via airborne droplets than those made of cotton and polyester

The 130bn yen (£970m) supercomputer has also run simulations on how respiratory droplets spread in partitioned office spaces and on packed trains when the carriage windows are open.

Although it will not be fully operational until next year, experts are hoping it will help identify treatments for Covid-19 from about 2,000 existing drugs, including those that have yet to reach the clinical trial stage.