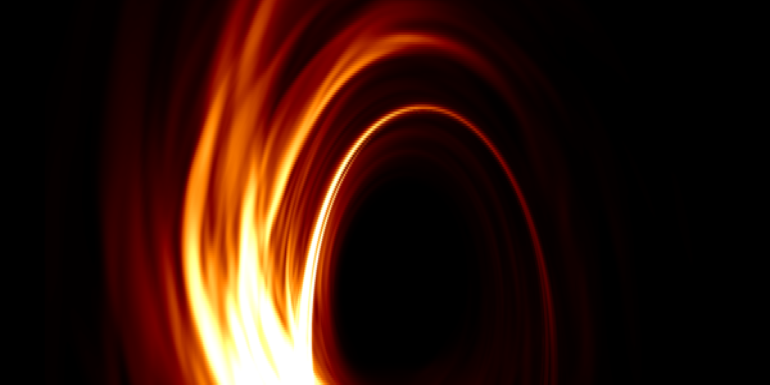 Over a year ago, scientists unleashed something incredible on the world: the first photo of a black hole ever taken. By putting together radio astronomy observations made with dishes across four continents, the collaboration known as the Event Horizon Telescope managed to peer 53 million light-years away and look at a supermassive black hole, which is 6.5 million times the mass of the sun and sits at the center of the galaxy Messier 87 (M87). The fiery historic image showed off a bright crescent of ultra-hot gas and debris orbiting the black hole’s event horizon, the pitch-black central point-of-no-return that traps anything that goes over, even light.

The EHT team had just made one of the most impressive achievements in the history of astronomy, but this was only the beginning. On Wednesday, members of the EHT collaboration published new findings in the Astrophysical Journal about M87’s supermassive black hole (known as M87*), revealing two new major insights.

First, the shadow diameter of the event horizon doesn’t change over time, which is exactly what Einstein’s theory of general relativity predicts for a supermassive black hole of M87*’s size. However, the second insight is that the bright crescent adorning this shadow is far from stable: it wobbles. There’s so much turbulent matter surrounding M87* that it makes sense the crescent would bug out and get fidgety. But the fact that we can watch it over time means we now have an established method for studying the physics of one of the most extreme kinds of environment in the entire universe.