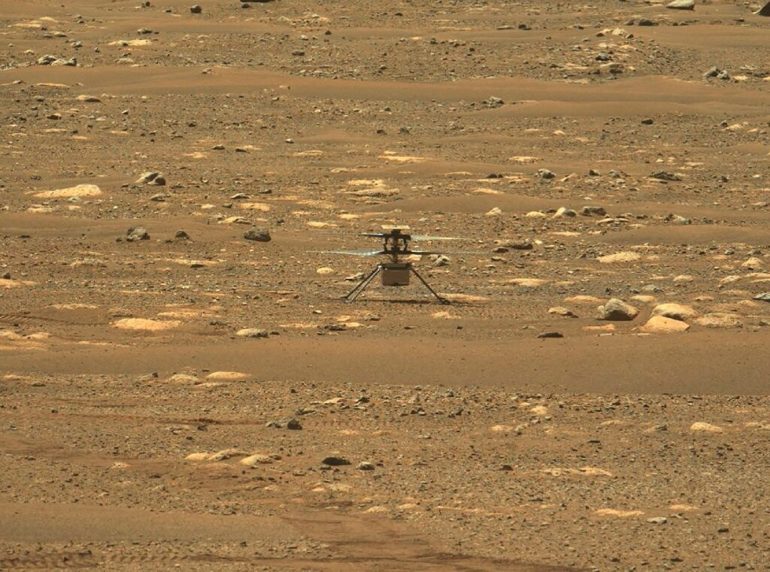 NASA’s Mars Ingenuity helicopter missed its fourth scheduled flight on Thursday, with the space agency blaming a software glitch and vowing to try again the next day.

“The helicopter is safe and in good health,” said a statement, adding the rotorcraft had failed to transition to “flight mode.”

The team plans to attempt the flight once more on Friday at 10:46 am Eastern Time (1446 GMT) with data expected back at NASA’s Jet Propulsion Laboratory around three hours later.

The software issue is thought to be the same one that delayed Ingenuity’s maiden voyage, the first powered flight on another planet. Initially scheduled for April 11, the historic feat occurred April 19.

The reason was a glitch associated with the aircraft’s “watchdog timer,” which alerts Ingenuity to potential problems and pauses its processes if it thinks it has detected an error.

Engineers made a coding tweak that allowed Ingenuity to overcome the problem and transition to flight mode correctly—but estimated there was a 15 percent chance it would not work on each flight attempt.

“Today’s delay is in line with that expectation and does not prevent future flight,” NASA said.

Since reaching Mars in February under the belly of the Perseverance rover, the four-pound (1.8 kilograms) helicopter has made three successful flights.

The last, which took place Sunday, saw it move faster and further than ever before, with a peak speed of 6.6 feet (two meters) per second. It covered 64 feet (50 meters) of distance.

Ingenuity’s flights are challenging because of conditions vastly different from Earth’s—foremost among them a rarefied atmosphere that has less than one percent the density of our own and means it has to spin its rotors at 2,400 revolutions per minute.

The Ingenuity technology demonstration will end in early May to allow the Perseverance rover to return to its main task: searching for signs of past microbial life on Mars.