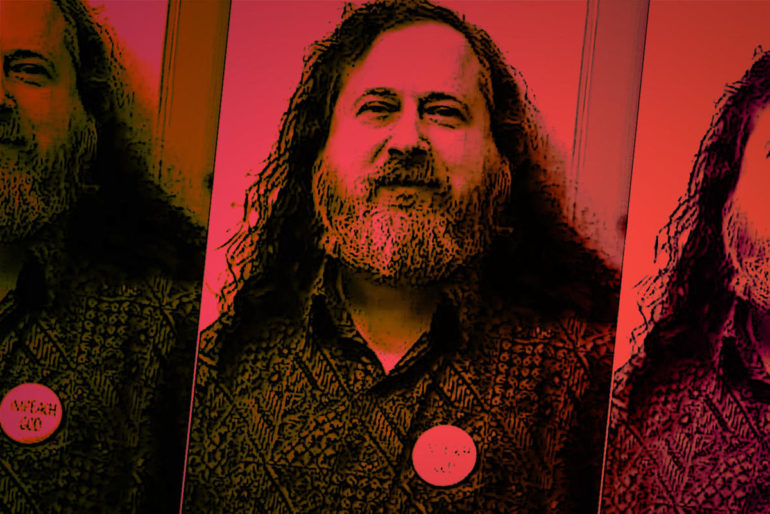 When the Free Software Foundation (FSF) allowed disgraced founder Richard M. Stallman (RMS) to rejoin its board, the FSF board members clearly had no idea how others would see the move. They do now.

Numerous free software and open-source members and leaders have decried RMS’s return. As Georgia Young, former FSF program manager, tweeted: “The thing that randos who have never had to actually work with RMS don’t understand is that MANY people who deeply respected him tried to help him learn to not objectify women, shout over others at Libreplanet as if it was his birthday party, stop sh*t like ’emacs virgins.” Instead, “That energy, utterly wasted, could’ve been spent advocating for free software and building the inclusive, impractical community so many people WANT. Spent, instead, on a man’s ego, over and over.”

Matthew Garrett, a well-known Linux kernel developer and former FSF board member, tweeted: “The idea that someone who does enough “good work” earns a pass for inappropriate behavior is pervasive, and fosters environments where abusers can prosper. People who hold this belief shouldn’t be involved in running organizations.”

But, as loud as their voices were, they were not people with any direct role with the FSF today. When Red Hat announced it would no longer be financially supporting the FSF, their words were heard.

Red Hat is a long-time donor and contributor to projects stewarded by the FSF, with hundreds of contributors and millions of lines of code contributed. Considering the circumstances of Richard Stallman’s original resignation in 2019, Red Hat was appalled to learn that he had rejoined the FSF board of directors. As a result, we are immediately suspending all Red Hat funding of the FSF and any FSF-hosted events. In addition, many Red Hat contributors have told us they no longer plan to participate in FSF-led or backed events, and we stand behind them.

In 2019, we called on the FSF board to use the opportunity created by Stallman’s departure to transition to a more diverse, inclusive board membership. The FSF took only limited steps in this direction. Richard Stallman’s return has reopened wounds we had hoped would slowly heal after his departure. We believe that in order to regain the confidence of the broader free software community, the FSF should make fundamental and lasting changes to its governance.

While Red Hat has not revealed how much it donated to the FSF, the amount is believed to be significant. According to the FSF’s latest publicly revealed financial documents, a 2019 Form 990, which was filed on Aug. 14, 2020, showed $708,016 came from membership dues, while the bulk of its income, $1,383,003 came from other contributors such as Red Hat.

Red Hat’s not the only company that’s had enough of Stallman’s FSF. SUSE CEO, Melissa Di Donato, tweeted: “We are better than this. The world deserves better. As leaders, there is a time to speak out and take a stand when abhorrent decisions are made. That time is now. I am disappointed by the decision of the FSF and stand firmly against all forms of misogyny and bigotry.”

Ironically, RMS has some support, in a letter on the Microsoft-owned GitHub site. But, as Miguel de Icaza, co-founder of GNOME and now a Microsoft Distinguished Engineer, tweeted: “‘RMS should resign’ signatories list that contains many significant contributors to free software — people that have had to interact with him and have advanced the cause. The RMS support list seems to be mostly users with few credentials-likely fans that never had to deal with him.”

De Icaza added: “RMS failed to grow as the movement grew. And has been an anchor dragging the project ever since.  The ideas survived and flourished elsewhere.  He is still a drag on every project under his direct influence.”

The outside voices against RMS keep growing louder. The Document Foundation, the organization behind LibreOffice, for example, suspended the “FSF’s membership in our advisory board and cease any other activity with this organization and their representatives.” The Debian Project, which is the only mainstream Linux distribution to sometimes use RMS’s preferred term for Linux, GNU/Linux, is voting on whether to sign the letter asking for RMS and the current FSF board’s removal.

The free software community is also backing away from RMS. Nathan Sidwell, a senior GCC developer, perhaps the most important free software program RMS is associated with, called for RMS to be removed from the GCC steering committee. Sidwell wrote, “In the before-time, I had heard that RMS was ‘difficult’, or ‘socially awkward.’ I had ignored the true toxicity he engenders. I’m sure you have, too. It didn’t directly affect me. I didn’t need to interact with him. I’m not a woman. It diminishes all of us to ignore it.” And, for those who prefer to ignore such issues and who believe that all true value depends on the code produced, Sidwell noted that Stallman “is no longer a developer of GCC, the most recent commit I can find regards SCO in 2003.”

John Sullivan — who has worked for the FSF for 18 years, most recently as the executive director — has resigned. The FSF president Geoffrey Knauth has also announced that “I commit myself to resign as an FSF officer, director, and voting member as soon as there is a clear path for new leadership assuring continuity of the FSF’s mission and compliance with fiduciary requirements.” Later, after announcing that, for the first time, a member of the FSF union staff would be on the board, Ian Kelling, Knauth also released the news that FSF board member Kat Walsh has resigned. Walsh has not been replaced.

As for RMS? He’s been quiet. His only “comment” since his surprise announcement is that his personal site still states: “I continue to be the Chief GNUisance of the GNU Project. This is my long-term commitment and I plan to continue.”

With internal dissent, harsh external criticism, and reduced financial resources, it’s hard to see the FSF continuing in any kind of meaningful fashion so long as Stallman remains on the board or in any other leadership position.