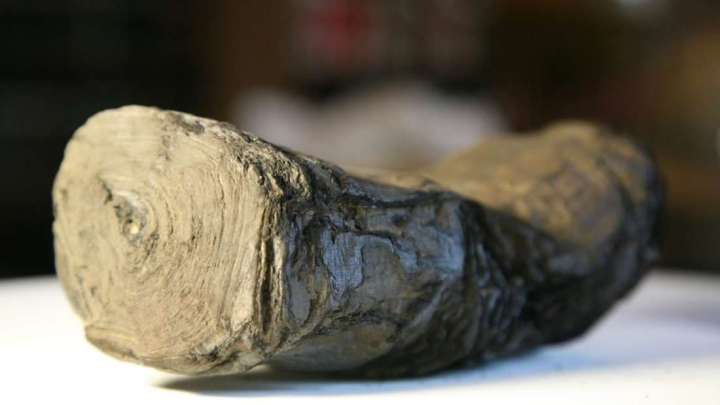 In 79 CE, as Mount Vesuvius rained hell down on the towns of Pompeii and Herculaneum below, a fine set of scrolls laid in a private library near the coastline. Along with much of the towns and their people, the scrolls were carbonized through a blast of hot volcanic debris, searing them into lumps of brittle carbon that are too fragile to unravel.

Now, almost 2,000 years on, a team of researchers say they finally have the technology to decipher the papyrus text.

Scientists from the University of Kentucky have employed the help of Diamond Light Source, a synchrotron light source science facility in the UK, to blast the carbonized scrolls with high-energy X-rays to pick up on subtle hints of ink that are invisible to the naked eye. They will then use artificial intelligence to “fill in the gaps.”

“We do not expect to immediately see the text from the upcoming scans, but they will provide the crucial building blocks for enabling that visualization,” Professor Brent Seales, director of the Digital Restoration Initiative at the University of Kentucky, explained in a statement. “First, we will immediately see the internal structure of the scrolls in more definition than has ever been possible, and we need that level of detail to ferret out the highly compressed layers on which the text sits.

“The machine-learning tool we are developing will amplify that ink signal by training a computer algorithm to recognize it – pixel by pixel – from photographs of opened fragments that show exactly where the ink is – voxel by voxel – in the corresponding tomographic data of the fragment,”…