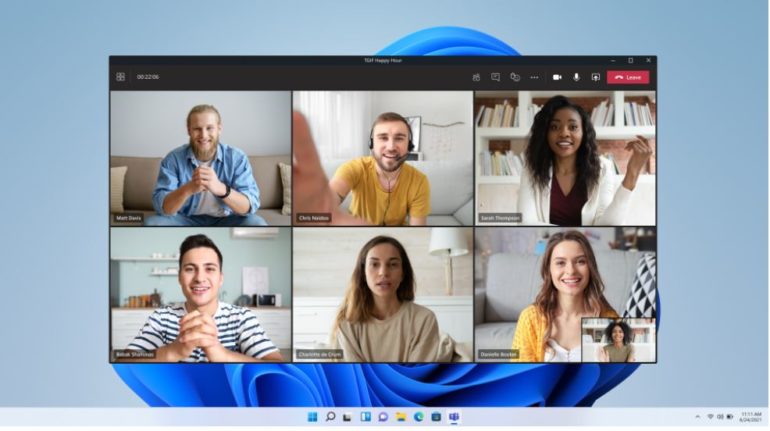 Microsoft is starting to test the promised Teams chat integration with Windows 11 today, July 20, beginning with a subset of Windows Insider testers in the Dev channel. The new Teams chat button, which Microsoft plans to build into the Windows 11 taskbar, will replace the Skype Meet Now button that is part of Windows 10.

Testers will be able to click the Chat icon in the taskbar (or use WIN+C for the keyboard shortcut) to see their most recent Teams conversations or start a new chat or call. If users want to open the full Teams app, they can click the “Open Microsoft Teams” option from the Chat flyout or launch it directly from the Start Menu or Search. But users will have had to first download and install the Teams app before they can launch the app, as the app is not preloaded as part of Windows 11, as officials said earlier.

Microsoft is redesigning the Teams client for Windows 11 to make it look more consistent with Windows 11 and available from the new Microsoft Store. The new version, which will no longer be an Electron app, will support light and dark modes, Together Mode, and the ability to send live emoji reactions, use polls, integrate directly with calendar, see rich views for files and photos shared in chats, and more. Users will have the option to sync automatically their Skype and Outlook contacts.

The integration of the Teams chat button in Windows 11 is yet another way Microsoft is working to convince customers to try using the Teams personal/consumer features.

With this first flight of the Teams button integration in Windows 11, Microsoft is limiting support to English (US only). Additional language and localization support is coming later. Offline mode is not yet supported. Not all features are available yet, but will be introduced gradually to Insiders in the coming weeks. These coming features include individual and group audio and video calls and meetings, presence and status settings, screen sharing, and more.

Microsoft officials are saying for users on Windows 10, Meet Now using Skype will continue to be available (for as long as Windows 10 is supported — meaning at least until 2025, I would assume, though Microsoft didn’t provide an actual date). And officials are emphasizing that just because those Teams and Skype chat buttons are on the taskbar does not mean users still can’t opt for a different, non-Microsoft chat/video offering like Zoom.