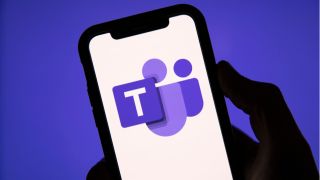 Personalizing your video conferencing experience in Microsoft Teams is about to get even better as Microsoft is now rolling out a new update to the software’s preview channel.

The update contains a number of new features but the most exciting one is Dynamic View. First announced in a blog post last summer, Dynamic View provides Teams users with improved visibility when viewing shared content in large meetings.

The feature uses AI to “dynamically optimize shared content and video participants” and also allows for meeting organizers or presenters to customize the presentation screen. For instance, when using Dynamic View, Teams users can show shared content from Microsoft Office and participants side-by-side.

However, the feature also allows you to show specific participants next to the content on screen. This could be quite useful in large meetings as the creators of a report could appear alongside their work so that everyone at their organization will know who was responsible for creating the content.

In addition to Dynamic View, Microsoft has also made some updates to both Presenter View and Breakout Rooms in Teams.

Presenter View is now rolling out to more users and once enabled in Teams, the feature allows presenters to view slide notes and upcoming slides while discussing meeting notes. Navigating between slides can also now be done more quickly.

Was 2020 actually the year of Microsoft Teams, not Zoom?

Microsoft recently enabled support for new options in Teams’ Breakout Room settings. Following the software’s new update, users will be able to set a timer for Breakout Rooms and rooms will close automatically once the timer expires. After this, participants will then be returned to the main meeting room automatically which can be useful for wrapping up a meeting as a group after a breakout session.

Room assignment retention was also recently added to Teams and this feature allows admins to ensure that the same team members will remain in their assigned room when starting a new meeting. At the same time, admins can move participants between rooms when rooms are opened.