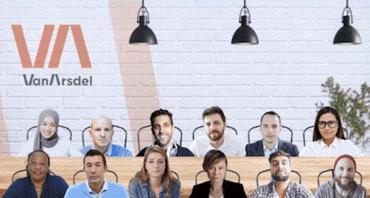 Microsoft has added the “Together Mode” option that debuted in Teams to Skype. In the latest Skype version (Skype 8.67), Together Mode is one of a handful of new features available to various versions of Skype.

Together Mode is a viewing option that makes it appear as if all meeting participants are located in the same physically shared space instead of via a traditional grid view.

Microsoft officials have said they believe Together Mode will help alleviate virtual-meeting fatigue and make meetings feel more real. Initially, Microsoft launched Together Mode with an auditorium view but it since has added other options like coffee shops. Here are Microsoft’s instructions on switching viewing modes in Skype.

Google Pixel 6 launch event live blog: Could we see a Pixel Fold too?

Other new features in Skype 8.67 include the addition of Large Grid Mode, enabling users to see everyone’s video stream simultaneously; an option to add someone to an ongoing Skype call using their phone number, as well as via Skype; more predefined backgrounds and categories and more. In the December 17 Skype release notes, Microsoft officials said all of these new features will be rolling out over the next couple of days.

For those wondering when Microsoft will drop Skype and make Teams with consumer functionality enabled its consumer-facing meeting/chat platform, there’s been no official or rumored word. Microsoft is continuing to add new features to Skype  on a regular basis and seems to be positioning Skype as a simple way to meet and chat, rather than trying to make it an all-encompassing platform like Teams.