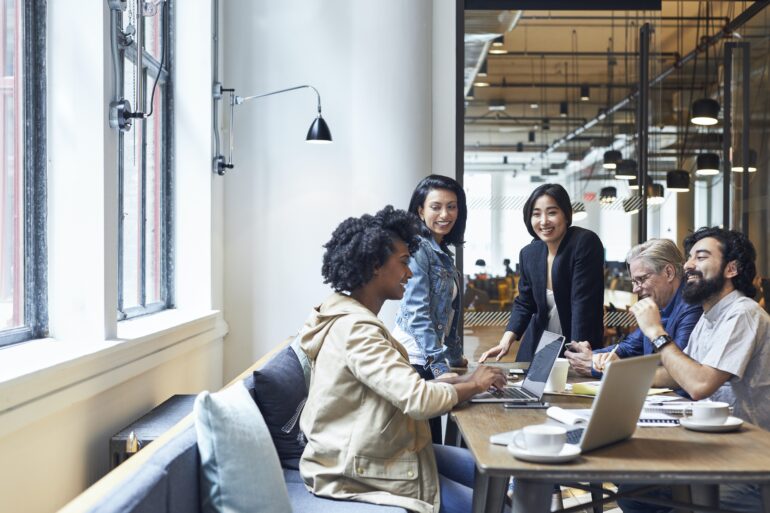 The U.S. tech sector is growing 10 times faster and has wages twice as high as the rest of the economy. This industry also wins the race for high profits and stock returns.

At the same time, the tech sector’s professional, managerial and executive labor forces are overwhelmingly white and male.

It is not surprising, then, that the field is under a great deal of pressure to diversify its labor force.

As researchers who study inequality, we examined the data to go beyond the picture of diversity in the tech sector as a whole. In our most recent research, we looked at which types of tech firms increased their workforce diversity, by how much and for which groups of people. What we found surprised us.

Our research used machine learning techniques and firm-level data on employment diversity for 6,163 tech firms employing 2,582,342 workers. We used a clustering algorithm to identify groups of firms with similar changes in diversity between 2008 and 2016.

We focused in particular on professional jobs – the programmers, engineers and designers who are the core source of innovation in the sector. We also looked at the managers and executives responsible for human resource practices. We don’t identify specific firms because this data was originally collected by the U.S. Equal Employment Opportunity Commission, and our ability to analyze it requires strict confidentiality.

We found that 80% of firms displayed a pattern of very minimal increases in diversity in their professional labor force, primarily driven by small increases in the employment of Asian men and Asian women, with declines among non-Asian women and no change among other minority men. We also found that this widespread pattern reflects much slower movement toward employment diversity in this sector than in the rest of the U.S. labor force.

Our findings for the remaining 20% of firms surprised us. We found some firms with rapid increases in diversity among professional jobs, and others where diversity declined substantially. In about 10% of firms, we found rapid increases in the proportion of white male professionals, in most the percentage of women fell, but in some, mainly Asian men were displaced. This latter small group of firms also saw growth in all other groups, even Asian women. This pattern permitted white male dominance at the expense of Asian men while making room for all other groups.

More hopefully, we observed a rapid growth in diversity of the technical labor force in two types of firms. In both, the percentage of white men declined by about a quarter. In the larger of these two groups, about 7% of tech sector firms, white male professionals were primarily replaced with white and Asian women, although Hispanic and Black men and women saw gains as well. The second group of firms was smaller, representing only 2% of tech firms. In these, white men were replaced by Asian men and Asian women, while all other groups declined as…