Examining what machines can learn from fables 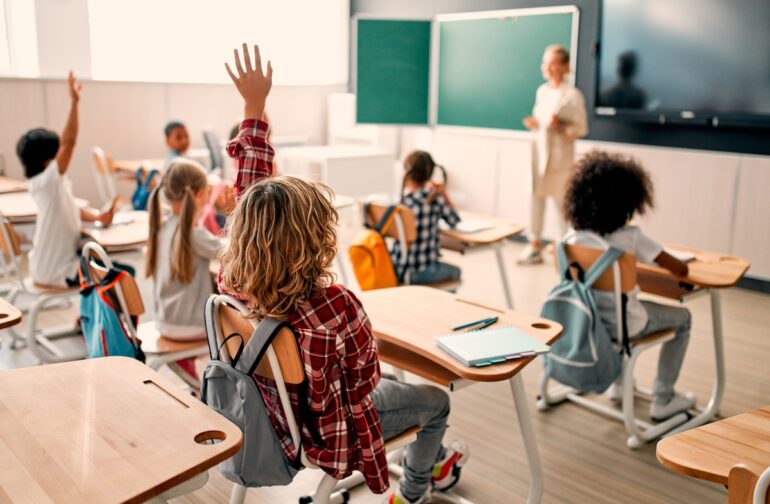 If a friend told you they were feeling blue, would you think they were changing color?

Although this question may seem facetious, it offers a simple entry into the rich world of analogical reasoning, a tool that enables humans to generalize knowledge from familiar to novel situations. We see it in areas ranging from politics to medicine; it’s a cornerstone of our daily cognition. It can be as simple as a child tossing a beach ball, which they recognize is similar to a basketball; and as complex as a physician using previous case studies to determine a care plan for a patient.

Now, researchers at the USC Information Sciences Institute (ISI) are extending this thought process to machines.

A new paper, “Understanding Narratives through Dimensions of Analogy,” presented at the Qualitative Reasoning workshop, which is co-located with the International Joint Conference on Artificial Intelligence taking place on July 23, 2022, teaches artificial intelligence to make creative analogies through an ancient art form… fables.

“People working in AI have been trying to get the same level of reasoning that humans have into AI systems, and it is a really hard challenge trying to mimic the analogical reasoning humans take for granted,” explains Jay Pujara, USC ISI research lead and research assistant professor at the USC Viterbi School of Engineering.

The current dominant paradigm in AI is machine learning, which relies on applying existing knowledge to novel situations. This framework cannot support analogical reasoning, which has created a significant challenge for the researchers. This is partly because analogical reasoning relies heavily on relational thinking, which is how humans discern meaningful connections between items or situations that lack surface similarities.

For example, despite the apparent differences between summer and winter, one can reasonably conclude that the following is an analogous word pair: “the sun is to summer as the snow is to winter.” In essence, analogical reasoning unifies different concepts, thereby enabling us to extract meaning from the innumerable stimuli we encounter daily. Instead of drawing connections from appearance alone, we can thus make creative connections between existing and novel scenarios.

Since AI models lack analogical reasoning mechanisms, they struggle to understand, explain, or make generalizations about novel stimuli. Creating technology with analogical reasoning capabilities would enable AIs to evaluate the relevance and meanings of language, which has numerous real-world applications. An AI with human-like conversational and interpretive abilities could be used to teach students new concepts or create novel products based on consumer marketing data. These AIs have a transformational impact on society, such as alleviating traffic by analyzing the shortcomings of current infrastructures to generate improved freeway models.

Previous studies have had limited success developing AI with the capability to draw analogies. However, the technology failed to understand the implications of such analogies and could not make large-scale generalizations. The team at USC tackled this problem by experimenting with different techniques to train AIs to understand analogies present in Aesop’s fables, a collection of simple short stories that convey moral ideas. Using natural language processing (NLP) methods, they analyzed the fables to generate story pairs based on lexical and semantic similarities or the words and meanings present in the text.

Said Pujara says that “we chose short stories with a moral purpose because often you find multiple fables with the same moral purpose and message at the end but are told in very different ways. So that means there is a semantic meaning of a fable, which is very different from the surface form it takes, and humans can see those links.”

While humans recognize that the same theme of greed links stories about a fox who steals and a merchant who hoards, the study found that it was difficult for AI systems to identify these analogies.

“Although the techniques we developed could be used to build analogical frameworks, the recent advancements on NLP are still not enough to reach human-level accuracies,” explains Thiloshon Nagarajah, the paper’s co-author and a USC Viterbi master’s student in computer science. Despite this, the team successfully cataloged the different ways in which humans approach analogies, which is a promising step towards the goal of creating AI with analogical reasoning capabilities.

A secondary finding of the study was that the researchers themselves had to deeply engage with one another when determining whether specific stories constituted an analogical pair. It turns out that analogical reasoning is a more subjective and interpretive space than anticipated, which “points to the fact that there are other phenomena that have not been fully explored in this paper,” said Filip Ilievski, another co-author and USC Viterbi research assistant professor.

One such phenomenon is the influence of prior knowledge on analogical reasoning tasks. When an individual encounters a novel situation, they use their personal experiences to make connections from the unknown to the known. Since every individual possesses a unique repertoire of knowledge and skills, analogical reasoning inevitably varies from person to person. Ilievski suggests that by further exploring the nuances of human analogical reasoning, changes can be implemented to improve the design of AI technology.

This study offers a promising beginning to developing artificial intelligence with analogical reasoning capabilities. The utility of such AI technology goes well beyond short stories—potentially improving everything from education and public policy to art and urban design.


Citation:
Examining what machines can learn from fables (2022, July 25)