How will astronauts poop on the moon? New NASA challenge aims to flush this mystery 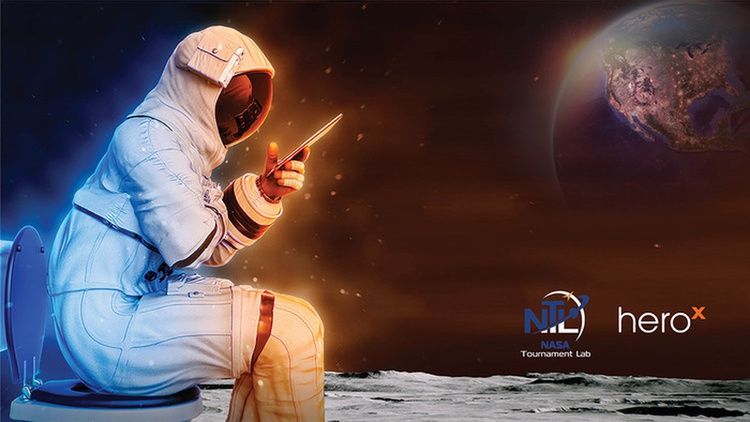 It’s no secret that humans poop — even in space.

But the actual, physical act of going to the bathroom while floating in space can be tricky, to say the least. In a new contest, NASA is calling on innovators from around the world to develop a new space toilet that would work not just in microgravity such as aboard the International Space Station, but also in lunar gravity aboard a future lunar lander as part of NASA’s Artemis program which aims to return humans to the moon by 2024. The contest has a total prize purse of $35,000 to be shared by winning teams.

“This challenge hopes to attract radically new and different approaches to the problem of human waste capture and containment,” NASA wrote in an overview of the challenge, titled “NASA’s Lunar Loo Challenge.”

The challenge is being overseen by the NASA Tournament Lab and organized on the HeroX crowdsourcing site.

Video: Space Toilet Technique: NASA’s How-To Guide (Video)
More: How to Pee in Space (and What to Do If the Toilet Breaks)

Anyone can apply to this challenge and the winning design will receive a $20,000 prize, the second-place design will win $10,000 and the third-place winner will win $5,000. The contest even includes a “junior” category in which children (anyone under the age of 18) can apply with their innovative space toilet idea. Children in the junior category can win “public recognition and an item of official NASA-logoed merchandise,” according to the challenge overview.

Specifically, the contest calls for designs that work in lunar gravity, which is about one-sixth Earth’s gravity and…