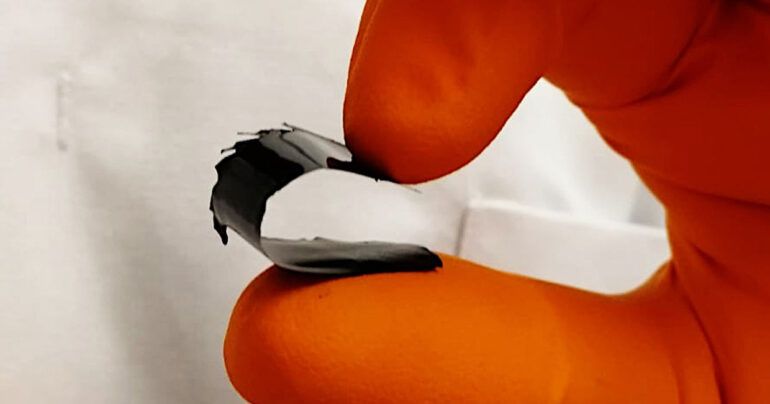 Researchers in Sweden report that they are closing in on a way to replace batteries for wearables and low-power applications in the internet of things (IoT). The answer lies in an ink coating that enables low-grade heat, which is generated by devices, to be converted to electrical power.

Publishing in ACS Applied Materials & Interfaces, the researchers from KTH Royal Institute of Technology in Stockholm report that they have developed a promising blend of thermoelectric coating for devices that generate heat amounting to less than 100 degrees Celsius.

Thermoelectricity is the direct conversion of heat to electricity. It’s possible to capture the heat that a device generates and convert to power that can be used by the same device, or another device.

What are required are specially-designed thermoelectric materials. When one end of a thermoelectric material is heated up, charge carriers (electrons and holes) move away from the hot end towards the cold end, resulting in an electric current. One challenge is in managing the thermal conductivity and resistance with materials that can be applied to a large area without losing their performance over time.

Muhammet Toprak, professor of materials chemistry at KTH, says that the research his team performed focused on the design and development of hybrid thermoelectric materials for room-temperature operations, which integrates solid state semiconductors with flexible materials such as polymers, to formulate inks.

Toprak says that the coating can be applied to any surface that dissipates heat, to generate electrical power. The research also makes headway in gaining better understanding of the capabilities and limitations of materials used for hybrid thermoelectric material design.

“These results open a new low-cost and sustainable way of producing and implementing thermoelectric coatings on a large scale,” Toprak says. “In the short term, this is expected to make an impact for IoT and other low power applications. It could replace batteries by being integrated as a coating in the form of wearable electronics.

“In the long run, with the use of more sustainable inorganic thermoelectric materials compositions and sustainable biopolymers, such as cellulose and lignocellulose (or plant matter), the use of this technology on large areas will impact the adaptation of thermoelectric technology for efficient heat-to-power energy harvesting, as a complementary means to green transition.”

Wi-Fi may be coming soon to a lamppost near you