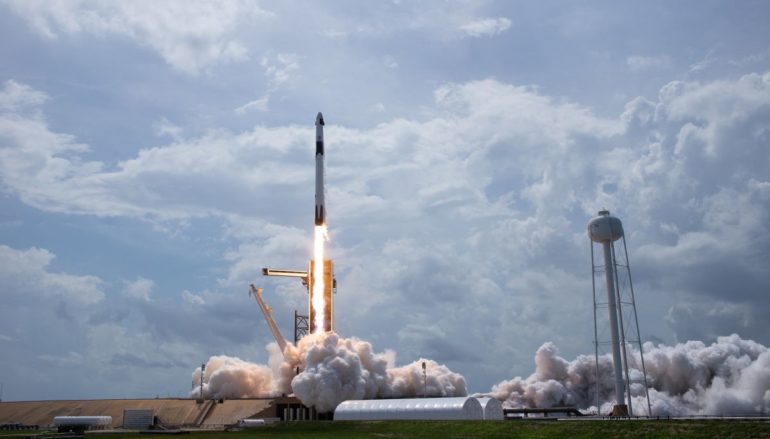 NASA astronauts will soon start flying on used SpaceX vehicles, if all goes according to plan.

The agency has approved the use of preflown Crew Dragon capsules and Falcon 9 rockets on SpaceX’s crewed missions to the International Space Station (ISS), SpaceNews reported Tuesday (June 16).

The green light comes via a recent modification of the $2.6 billion Commercial Crew Transportation Capability (CCtCap) contract that SpaceX signed with NASA in 2014, SpaceNews’ Jeff Foust wrote. CCtCap funding covered final development work on Crew Dragon and the two-stage Falcon 9 for human spaceflight and also pays for at least six operational crewed missions to and from the ISS using the duo.

“In this case, SpaceX has proposed to reuse future Falcon 9 and/or Crew Dragon systems or components for NASA missions to the International Space Station because they believe it will be beneficial from a safety and/or cost standpoint,” NASA spokesperson Stephanie Schierholz told SpaceNews. “NASA performed an in-depth review and determined that the terms of the overall contract modification were in the best interests of the government.”

The first flight with used hardware could be Crew-2, the second contracted mission, which will likely lift off sometime in 2021, SpaceNews reported. Crew-1, which could launch as early as Aug. 30 of this year, will use a new Crew Dragon and Falcon 9, as the Demo-2 test flight did.

Demo-2 launched on May 30, sending NASA astronauts Bob Behnken and Doug Hurley to the ISS on  SpaceX’s first-ever human spaceflight and the first orbital crewed mission to lift off from U.S. soil since NASA retired its space shuttle fleet in 2011.

It’s unclear at the moment when Behnken…