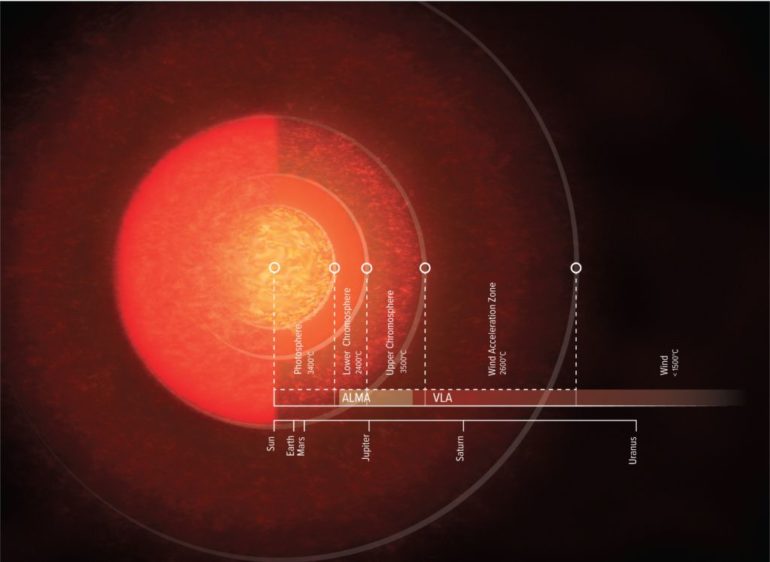 Astronomers have revealed the gigantic atmosphere of the red supergiant star Antares in stunning, unprecedented detail.

While Antares’ diameter is about 700 times larger than the sun in visible light, this map revealed that, as seen in radio light, the star’s atmosphere stretches even farther and is even more enormous. With this detailed map, the team found that Antares’ chromosphere, a gaseous layer that creates a star’s outer atmosphere along with its corona, stretches to 2.5 times the star’s radius. For context, our sun’s chromosphere only extends to 0.5% of our star’s radius.

“The size of a star can vary dramatically depending on what wavelength of light it is observed with,” Eamon O’Gorman, a researcher at the Dublin Institute for Advanced Studies in Ireland and lead author of this study, said in a statement. “The longer wavelengths of the VLA revealed the supergiant’s atmosphere out to nearly 12 times the star’s radius.”

To create this map, ALMA observed Antares’ photosphere, or the layer that the majority of the stars’ visible photons (light particles) stream from, in shorter wavelengths. The VLA observed the longer wavelengths in the star’s atmosphere further out. The radio telescopes also observed and…