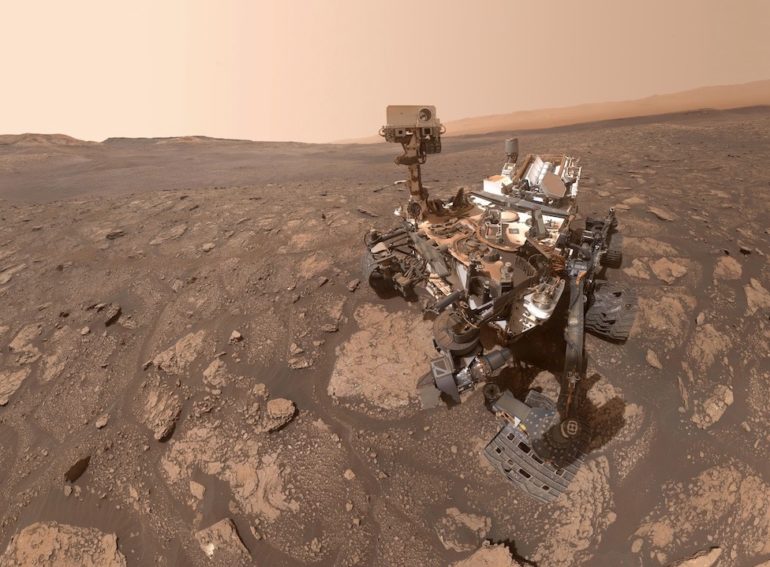 NASA’s Mars rover Curiosity has taken another selfie, just a few months before its six-wheeled cousin joins it on the Red Planet.

Curiosity, which touched down inside the 96-mile-wide (154 kilometers) Gale Crater in August 2012, snapped a selfie on Oct. 25 at a locale mission team members named “Mary Anning.” The photo, which NASA released on Thursday (Nov. 12), consists of 59 images that the rover team stitched together.

Curiosity has determined that Gale harbored a potentially habitable lake-and-stream system in the ancient past. The car-size rover is now climbing up the foothills of Mt. Sharp, the 3.4-mile-high (5.5 kilometers) mountain that rises from Gale’s center, looking for clues about Mars’ long-ago transition from a relatively warm and wet world to the cold desert planet we know today.

Curiosity has been at the Mary Anning site — a clay-rich region that was likely wet billions of years ago — since July, the month that NASA’s Mars 2020 rover Perseverance launched toward the Red Planet. Perseverance will land inside the 28-mile-wide (45 km) Jezero Crater on Feb. 18, 2021.

Mary Anning was “a 19th-century English paleontologist whose discovery of marine-reptile fossils were ignored for generations because of her gender and class,” NASA officials wrote in a statement Thursday. “Scientists on the Curiosity team thought it fitting to name the sampling site after Anning because of the area’s potential to reveal details about the ancient environment.”

Curiosity next stop is a higher layer of Mt. Sharp rocks that orbital observations have shown to be rich in sulfates. These sulfates were deposited under different conditions than the clays of Mary Anning were — an environment that was significantly drier, or one whose water was more acidic, NASA officials have said. The Curiosity team aims to reach the sulfate layer early next year.