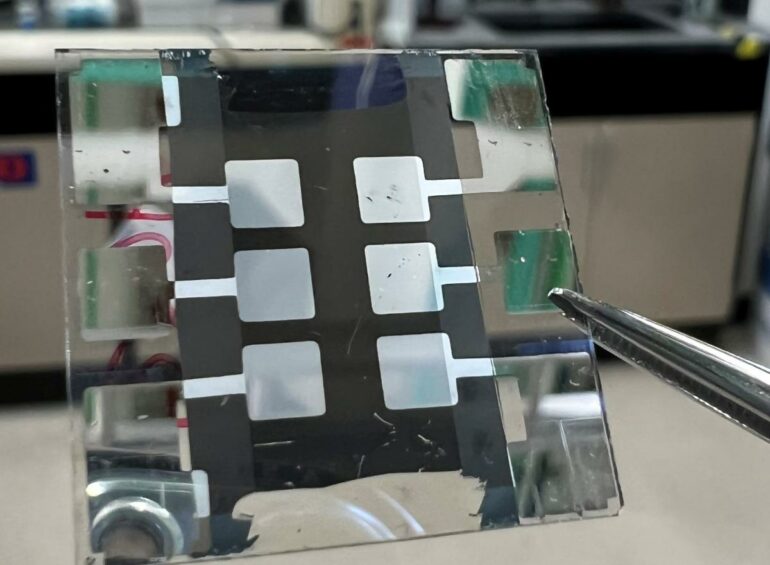 Researchers at the U.S. Department of Energy’s (DOE’s) National Renewable Energy Laboratory (NREL) have made a technological breakthrough and constructed a perovskite solar cell with the dual benefits of being both highly efficient and highly stable.

A unique architectural structure enabled the researchers to record a certified stabilized efficiency of 24% under 1-sun illumination, making it the highest reported of its kind. The highly efficient cell also retained 87% of its original efficiency after 2,400 hours of operation at 55 degrees Celsius.

Perovskite, which refers to a crystalline structure, has emerged in the last decade as an impressive means to efficiently capture sunlight and convert it to electricity. Research into perovskite solar cells has been focused to a large degree on how to increase their stability.

“Some people can demonstrate perovskites with high stability, but efficiency is lower,” said Zhu, a senior scientist in the Chemistry and Nanoscience Center at NREL. “You ought to have high efficiency and high stability simultaneously. That’s challenging.”

“That suddenly gave us a huge boost of not only efficiency but also stability,” Zhu said.

The scientists reported the 3-APy reactive surface engineering can improve the efficiency of an inverted cell from less than 23% to greater than 25%. They also noted the reactive surface engineering stands out as an effective approach to significantly enhance the performance of inverted cells “to new state-of-the-art levels of efficiency and operational reliability.”