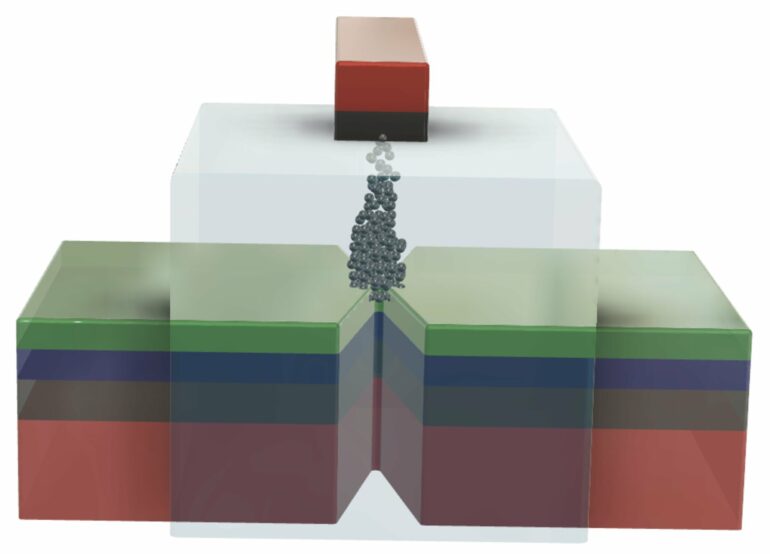 Research has long strived to develop computers to work as energy efficiently as our brains. A study, led by researchers at the University of Gothenburg, has succeeded for the first time in combining a memory function with a calculation function in the same component. The discovery opens the way for more efficient technologies, everything from mobile phones to self-driving cars.

In recent years, computers have been able to tackle advanced cognitive tasks, like language and image recognition or displaying superhuman chess skills, thanks in large part to artificial intelligence (AI). At the same time, the human brain is still unmatched in its ability to perform tasks effectively and energy efficiently.

“Finding new ways of performing calculations that resemble the brain’s energy-efficient processes has been a major goal of research for decades. Cognitive tasks, like image and voice recognition, require significant computer power, and mobile applications, in particular, like mobile phones, drones and satellites, require energy efficient solutions,” says Johan Åkerman, professor of applied spintronics at the University of Gothenburg.

Working with a research team at Tohoko University, Åkerman led a study that has now taken an important step forward in achieving this goal. In the study, now published in the journal Nature Materials, the researchers succeeded for the first time in linking the two main tools for advanced calculations: oscillator networks and memristors.

“This is an important breakthrough because we show that it is possible to combine a memory function with a calculating function in the same component. These components work more like the brain’s energy-efficient neural networks, allowing them to become important building blocks in future, more brain-like computers.”

According to Johan Åkerman, the discovery will enable faster, easier to use and less energy consuming technologies in many areas. He feels that it is a huge advantage that the research team has successfully produced the components in an extremely small footprint: hundreds of components fit into an area equivalent to a single bacterium. This can be of particular importance in smaller applications like mobile phones.

“More energy-efficient calculations could lead to new functionality in mobile phones. An example is digital assistants like Siri or Google. Today, all processing is done by servers since the calculations require too much energy for the small size of a phone. If the calculations could instead be performed locally, on the actual phone, they could be done faster and easier without a need to connect to servers.”

He notes self-driving cars and drones as other examples of where more energy-efficient calculations could drive developments.

“The more energy-efficiently that cognitive calculations can be performed, the more applications become possible. That’s why our study really has the potential to advance the field.”