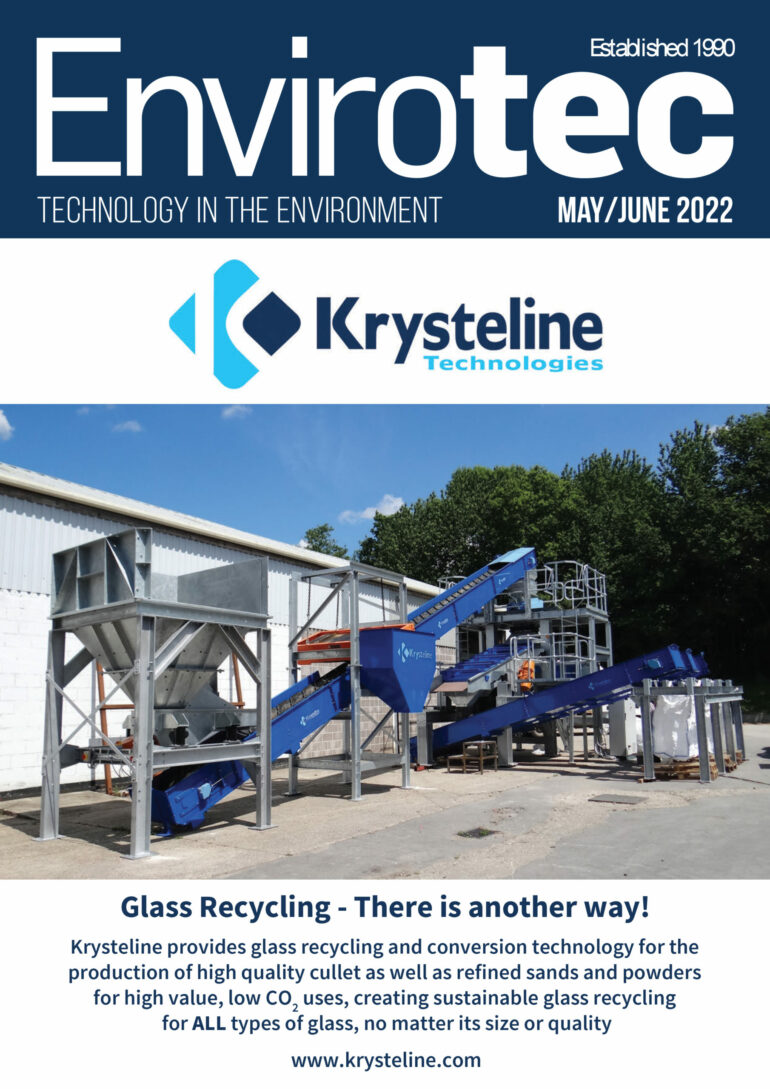 A new type of biofilm reactor adapted to Brazilian conditions and using polyurethane foam to lower costs can reduce the amount of nitrogen compounds in wastewater by as much as 70%, according to an article in Environmental Technology. The researchers who conducted the study developed a mathematical model to analyze and predict the nitrogen removal mechanism. The biofilm comprised bacteria that converted nitrogen compounds into nitrogen gas, which is environmentally harmless.

The study was led by Bruno Garcia Silva during his doctoral research in hydraulic engineering and sanitation at the University São Paulo (USP) in Brazil, with Eugenio Foresti as thesis advisor. Foresti is a professor at the São Carlos School of Engineering (EESC-USP). The study was supported by FAPESP. Researchers at the Federal University of São Carlos (UFSCar) and Mauá Institute of Technology (IMT) collaborated.

“Nitrogen removal is still achieved by only a few wastewater treatment plants in Brazil, whereas it’s regularly performed in Europe and the United States,” Garcia told Agência FAPESP. “The idea is to adapt [the necessary infrastructure] to our reality. The usual method here is based on anaerobic reactors, which produce effluent with low levels of organic matter, making nitrogen removal difficult.”

Removal of nitrogen compounds (nitrite, nitrate and ammonia, among others) from both domestic sewage and industrial wastewater is essential because they contaminate surface water (lakes, reservoirs and streams) as well as aquifers and other ground water, letting the growth of bacteria, algae and plants spiral out of control in a process known as eutrophication.

Furthermore, consumption of water contaminated by nitrate can lead to diseases such as infant methemoglobinemia (blue baby syndrome), which causes headache, dizziness, fatigue, lethargy, breathlessness, and neurological alterations such as seizures and coma in severe cases.

“When algal blooms proliferate, as seen in reservoirs like Billings (one of the main water sources for São Paulo), for example, lack of oxygen in the water leads to the death of fish and loss of water supply as well as leisure areas. It’s very hard to remove algae from reservoirs,” said Foresti, who leads the group.

One of the key differentiators of this new reactor model is the biofilm formed by a biological process in which bacteria create a film on the polyurethane foam. Another is the configuration of the equipment to permit what the researchers call counterdiffusion, where oxygen is introduced on the opposite side to the contaminants.

“Oxygen is transported into the foam because this ensures that it remains only where it’s needed for the reaction to occur,” Garcia explained. “We don’t want oxygen to come into contact with organic matter all the time. If it did, the bacteria would use up all the oxygen to break it down and nothing would be left over to consume the nitrite and nitrate. So we insert the oxygen on the other side of the biofilm. The goal is for the organic matter that reaches the biofilm on the opposite side to be oxidized not just by oxygen but also by nitrite and nitrate.”

When oxygen does not enter the reactor, the ammonia remains unchanged. When ammonia enters the site of the reactor with oxygen input, however, it is converted into nitrite and nitrate. “The only way out is via the biofilm, and the compounds cross this barrier by diffusion in the opposite direction to the organic matter. Their collision with organic matter in contraflow creates optimal conditions for nitrite and nitrate removal because there’s no longer any oxygen and there’s enough organic matter for denitrification,” Garcia said.

Foresti explained that in Brazil, anaerobic reactors (which break down organic matter using bacteria that do not require oxygen to survive) are increasingly being used by municipal wastewater treatment companies because of the predominant climate, which is warmer than that of the northern hemisphere. Bacteria decompose organic matter faster in warm weather. In Europe and the U.S., where mean temperatures are lower, the process is different. The organic matter present in the liquid phase after sludge removal is oxidized aerobically (by oxygen).

In Brazil, however, nitrogen compounds are not completely removed for cost reasons and are directly released into nature. The new type of reactor developed by the researchers is designed to add a second, easier and cheaper, stage to wastewater treatment, for development with future technologies and partnerships.

Scholarship for research in the US

Researchers who work at the laboratory of Robert Nerenberg, a professor at the University of Notre Dame in the U.S., collaborated with Garcia, who was there as a visiting researcher in 2019–20 with FAPESP’s support.

“The difference between my project and theirs is that instead of polyurethane foam they use a semipermeable membrane, which resembles a drinking straw full of air. When this capillary comes into contact with water, it lets through oxygen but not water, so that the biofilm sticks to the surface and grows on it. In other words, oxygen is supplied to the bacteria through the walls of this thin tube. The oxygen comes out, and the water provides ammonia and organic matter. It’s the same system as counterdiffusion, except that the material we use is simpler and cheaper,” Garcia said.

“The bacteria grow on the surface to form a biofilm, but it’s not a filter properly speaking because it doesn’t offer mechanical resistance to the passage of particles. What the reactor does in fact is serve as a support for the bacteria to grow and consume soluble organic matter and nitrogen compounds.”

The benefits of peripheral vision for machines

According to Foresti, the new configuration of the reactor is inspiring further research by the group. In a program of cooperation between the São Paulo State Basic Sanitation Corporation (SABESP) and FAPESP, the researchers plan to test the new model with real sewage that has been through an aerobic reactor in the treatment plant operated by SAAE, the municipal sanitation service in São Carlos. Researchers at UFSCar and IMT are also part of the program and will develop other systems to be tested.

“Bruno’s research is the first to use counterdiffusion in this way here in Brazil,” Foresti said. “It’s proof of concept for synthetic wastewater. The efficiency found in this reactor configuration was greatly superior to that observed in previous research, but we still need to evaluate several factors.”

The new configuration has been tested in the laboratory. Efficiency will be measured in further projects, as it is not possible to predict how the equipment will behave when processing large volumes of effluent, and the system needs to be tested with actual domestic sewage and industrial wastewater. Hitherto it has been tested only on samples of synthetic waste prepared by the researchers themselves.

“We may have to improve the design and geometry,” Garcia said. “How can the design be optimized to obtain the largest optimal surface area per reactor volume so as to lower the cost? The study provides a basis, a foundation on which we can go on thinking about the process and the mathematical tool.”

Citation:
Novel sewage treatment system removes up to 70% of nitrogen that would otherwise be discarded into nature (2022, June 27)