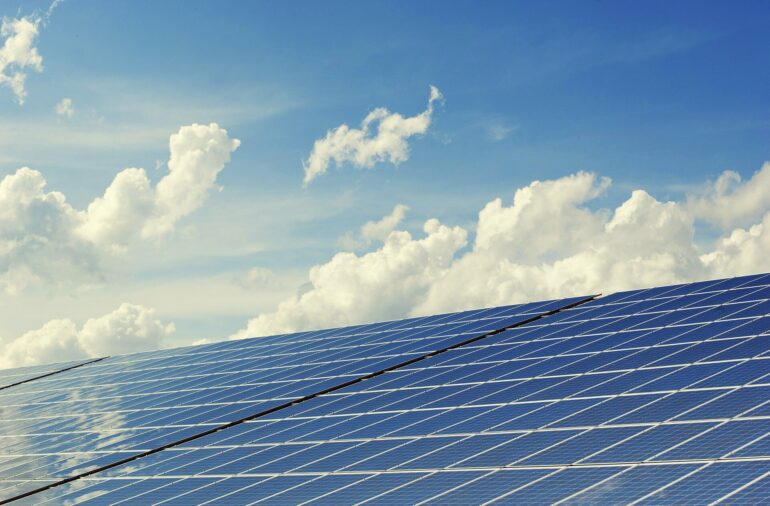 Perovskite solar cells have drawn a significant amount of research attention as a promising alternative to conventional silicon-based solar cells, due to their efficiency in converting sunlight into electricity. Perovskite solar cells are a hybrid of organic and inorganic materials and consist of a light-harvesting layer and a charge-transporting layer.

However, stability issues have hindered the commercialization and widespread use of PSCs, and achieving operational stability has become a rallying cry among scientists in the field. Now, researchers led by Michael Grätzel at EPFL and Xiong Li at the Michael Grätzel Center for Mesoscopic Solar Cells in Wuhan (China) have developed a technique that addresses stability concerns and increases the efficiency of PSCs.

The researchers introduced a phosphonic acid-functionalized fullerene derivative into the charge-transporting layer of the PSC as a “grain boundary modulator,” which helps strengthen the perovskite crystal structure and increases the PSC’s resistance to environmental stressors like heat and moisture.

The process of “p-doping” involves introducing mobile charge electronic charge carriers into the material to improve its conductivity and stability, and in this case mitigated the diffusion of lithium ions, a major problem that contributes to the operational instability of PSCs.

With the new technique, the scientists achieved power conversion efficiencies of 23.5% for small PSCs and 21.4% for larger “minimodules.” These efficiencies are comparable to traditional solar cells, with the added advantage of an improved stability for PSCs. The solar cells retained 95.5% of their initial efficiency after more than 3200 hours of continuous exposure to simulated sunlight maintaining the temperature at 75°C over the whole period, a significant improvement over previous PSC designs.

The new approach can revolutionize the use of PSCs, making them accessible for use on a larger scale. The researchers believe that their technique could be easily scaled up for industrial production and could potentially be used to create stable, high-efficiency PSC modules.

The findings are published in the journal Science.