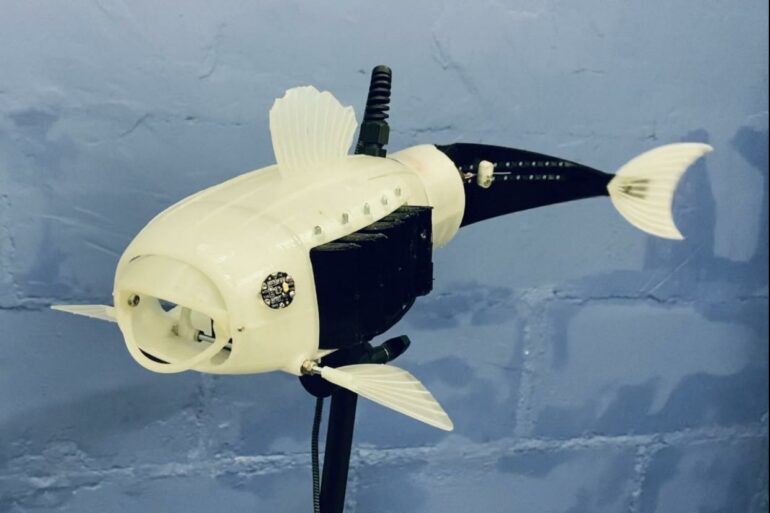 A robot fish that filters microplastics has been brought to life after it won the University of Surrey’s public competition—The Natural Robotics Contest.

The robot fish design, which was designed by a student named Eleanor Mackintosh, was selected by an international panel of judges because it could be part of a solution to minimize plastic pollution in our waterways.

The competition, which ran in the summer of 2022, was open to anyone who had an idea for a bio-inspired robot, with the promise that the winner would be turned into a working prototype.

Dr. Robert Siddall, Lecturer at the University of Surrey and the contest’s creator, says, “We don’t know where the vast majority of plastic dumped into our waterways ends up. We hope that this robo-fish and its future descendants are the first steps in the right direction to helping us to find and, eventually, control this plastic pollution problem.”

The contest received ideas from across the globe, from forest-protecting bear robots to crab-inspired space rovers—even a robotic sea urchin.

The robot fish is about the size of a salmon and features a set of gills which filter the water as it swims. Its design is open source and free to download on the contest website. Anyone with a 3D printer can own one.

Dr. Siddall added, “The robo-fish will join other pollution-fighting robots under development at the University of Surrey, helping to make the world more sustainable.”

Provided by
University of Surrey