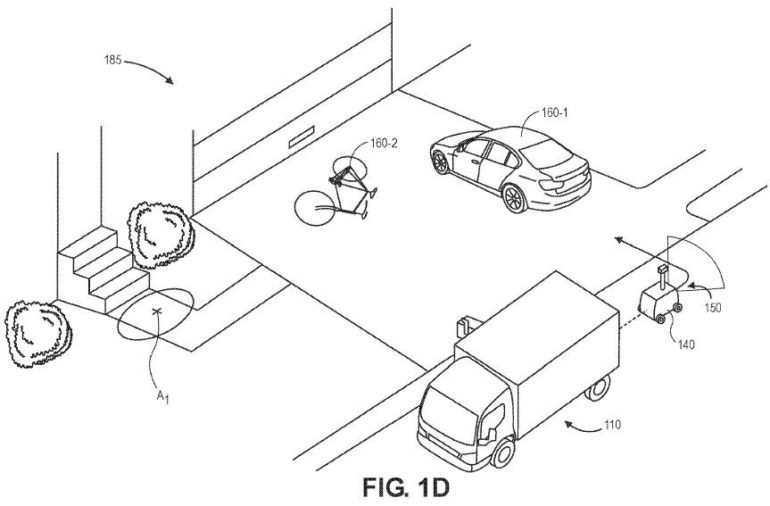 Amazon Inc. has applied for a patent on a package delivery system that involves a primary vehicle for carrying packages destined for multiple drop-off points, and a secondary, much smaller, delivery vehicle that carries packages from the primary vehicle to the end-point destination.

Over the past several years, Amazon and other entities, such as UPS, have been looking into the possibility of using a variety of technological means for delivering packages from warehouses to consumers. Such efforts have included deploying driverless vans with robots aboard, and drones that can fly straight to customers or drop packages from parachutes. The whole point is to be both more efficient and less costly. It is assumed that electronic delivery robots would be cheaper than human labor. In this new effort, the team at Amazon appears to be looking into a rather novel solution—loading small autonomous vehicles onto its delivery trucks to serve as package carriers to final destinations.

As with all patent applications, it is not clear if Amazon is intending to pursue such a system, or if it is developing variations of it, such as having flying drones pop out of the back of the truck.