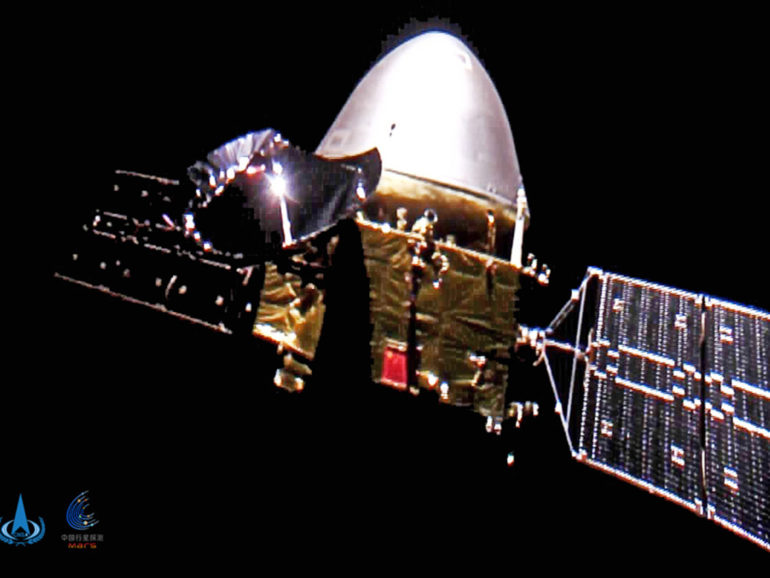 The rover is aboard the Tianwen-1 probe that arrived in Mars orbit on Feb. 24 and is due to land in May to look for evidence of life.

It is part of Chinese space plans that include launching a crewed orbital station and landing a human on the moon. China in 2019 became the first country to land a space probe on the little-explored far side of the moon and in December returned lunar rocks to Earth for the first time since the 1970s.

The rover’s title fits with the Chinese name for Mars—”Huo Xing,” or fire star, the China National Space Administration said.

The name “signifies igniting the flame of China’s planetary exploration,” a deputy CNSA administrator, Wu Yanhua, was cited by the official Xinhua News Agency as saying.

The top candidate for the landing site is Utopia Planitia, a rock-strewn plain where the U.S. lander Viking 2 touched down in 1976.

CNSA says Tianwen-1’s goals including analyzing and mapping the Martian surface and geology, looking for water ice and studying the climate and surface environment.

China would become the third country after the former Soviet Union and the United States to put a robot rover on Mars.