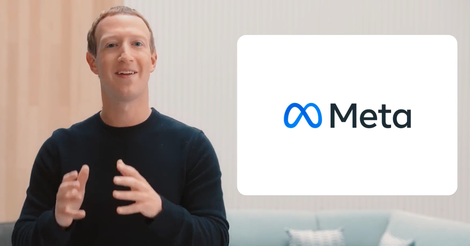 Facebook CEO Mark Zuckerberg laid out the company’s plans for its billion-dollar metaverse platform called Horizon at the eighth Connect event on Thursday.

He also announced that the company would now be called Meta as it seeks to expand beyond the Facebook brand and encompass the family of platforms — Instagram, WhatsApp, Horizon, Messenger and others — currently under the Facebook banner.

“Right now, our brand is so tightly linked to one product that it can’t possibly represent everything that we’re doing today, let alone in the future,” Zuckerberg said. “Over time, I hope that we are seen as a metaverse company, and I want to anchor our work and identity on what we’re building toward.”

Facebook has spent months touting the metaverse idea — which involves a virtual world where people can play, learn, exercise, share and even work.

Zuckerberg said he believes “the metaverse will be the successor to the mobile internet” and explained that Horizon has a home section — where users can build out their own virtual home space — as well as workrooms. The workrooms can be customized and will allow teams to meet at a moment’s notice from anywhere. There is also a “worlds” feature that lets anyone transport anywhere virtually with friends.

He announced plans for a Horizon marketplace and a wider metaverse economy that can support a range of experiences through AR, VR, smartphones and laptops. Zuckerberg spoke at length about the company’s plans to build an economy for designers creating new worlds, digital objects and more.

Gaming will also be a major part of the effort, allowing anyone from anywhere to meet virtually with friends and play a range of games. Zuckerberg announced that the popular Grand Theft Auto: San Andreas game will eventually be available in VR.

Horizon will also be used for educational purposes, allowing teachers and parents to transport their kids to different eras and more.

The company explained how the metaverse concept can be used for almost any industry but noted that a key aspect of the idea will involve interoperability, allowing anyone to take what they have in Horizon into other metaverses.

“It is the next chapter of our work, and for the internet overall,” Zuckerberg said.

The metaverse concept is being adopted widely by other companies like Microsoft, and some gaming platforms have already experimented with the idea. Roblox, Fortnite and other games have held virtual concerts in recent years, illustrating the interest and viability of a fully virtual world.

The metaverse push is part of a larger effort by Facebook to appeal to younger audiences. On an earnings call on Monday, Zuckerberg said he wanted the company to focus on younger users “rather than optimizing for the larger number of older people” and sought to shift the conversation away from an avalanche of bad news that has overwhelmed the company in recent weeks.

The Wall Street Journal’s “Facebook Files” series — as well as the “Facebook Papers” trove of documents — have led to dozens of damaging stories about ways the platform is harming its users and governments across the world. The documents also reveal that Facebook executives are fully aware of the ways the platform is falling short yet show little interest in making any changes that affect the company’s bottom line.

Former Facebook employee Frances Haugen leaked thousands of documents while also testifying in front of Congress and other government bodies in recent weeks, calling the company “morally bankrupt,” and casting “the choices being made inside of Facebook” as “disastrous for our children, our privacy, and our democracy.”

Space Debris Has Hit And Damaged The International Space Station

Multiple news outlets worked together to search through the documents leaked by Haugen and published dozens of stories revealing, among other things, that the company did not do enough to stop people from using the platform to plan the Jan. 6 attack on Congress. The documents also show that Facebook has markedly different moderation policies in different parts of the world and Zuckerberg specifically made decisions based on politics as opposed to the best interest of users and the public, like censoring anti-government posts in Vietnam and opposing publishing Spanish-language voting information in the US.

The New York Times reported on Thursday that Facebook has told all employees to preserve their communications for legal reasons as the company prepares for an onslaught of investigations and lawsuits.

Despite the controversies, Facebook’s global footprint continues to be massive. The number of people using its family of services continued to grow in Q3 2021 and the number of people active monthly on at least one of Facebook’s products — including Facebook, Instagram, Messenger and WhatsApp — was 3.58 billion as of September, an increase of 12% year-over-year.

Anticipating some backlash to the metaverse idea, Facebook announced last month that it was investing $50 million to ensure its metaverse projects are “developed responsibly.” The XR Programs and Research Fund will last for two years and will involve collaborations with “industry partners, civil rights groups, governments, nonprofits and academic institutions to determine how to build these technologies responsibly.”

Funding will also go toward research into the history of diversity in IT and potential issues with access to the metaverse by teams at Howard University.