Fewer troops, but more tech: Military downsizes as it shifts to AI, drones and cyber 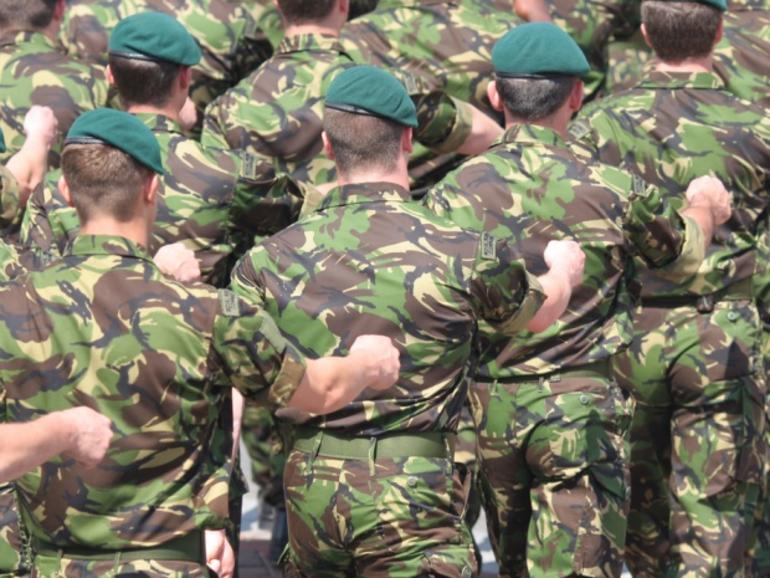 Automation is increasingly making its way into the modern-day battlefield, and the armed forces are being re-shaped accordingly. The UK government has unveiled new plans to re-organize defense over the next ten years, with heavy investments in new technologies to be matched by a reduction in the size of military personnel.

In an effort to adapt the armed forces to the modern age of information technology and digital warfare, the Ministry of Defence (MoD) has laid out a new vision for the military up to 2030, with a focus on responding to the rapid changes happening in the field. These include new threats ranging from the spread of terror through cyberspace, to novel AI-infused war capabilities, through the rapid modernization of the Russian and Chinese military.

The announcement comes off the back of the government’s recently published new integrated review – a wider ten-year strategy that has been billed as the largest security and foreign policy revamp since the Cold War. Underpinning many of the review’s targets is the objective of modernizing the country’s armed forces, for which the government has committed an extra £24 billion ($33 billion) in budget over the next four years.

Breaking down how the MoD wishes to re-shape the armed forces as a result, defense secretary Ben Wallace said that a significant chunk of spending will be dedicated to equipping soldiers with new weapons and tools that are adapted to the modern age.

“In defense it is too tempting to use the shield of sentimentality to protect previously battle-winning but now outdated capabilities,” Wallace said. “As the threat changes we must change with it, remaining clear-eyed about what capabilities we retire, why we are doing things, and how they will be replaced.”

The review presents artificial intelligence and AI-enabled autonomous capabilities as essential to this drive towards modernization; these systems can effectively replace military personnel to undertake the most dangerous tasks in the battlefield, this way extending the range of the forces’ capabilities.

For example, the MoD has already shown interest in the potential that AI-powered vehicles have to facilitate the logistics of convoy operations. Several research projects are also underway to understand how unmanned aerial vehicles (UAVs), or drones, might assist soldiers in different operations, by carrying cameras, sensors, and even weapons to challenging settings while keeping human operators safe.

Billions will be injected into the army to expand drone capabilities, according to the new plans, including a £2 billion ($2.7 billion) investment into combat air systems, to deliver a mix of crewed, uncrewed and autonomous platforms such as swarming drones.

In addition, the MoD has pledged to make “significant investments” in AI technologies in the future, for example by creating a new defense center for AI to develop new tools. An AI strategy is also expected to be published at a later stage to drive efforts across defense.

“A lot of the job that would normally be done by men and women on the ground will now be done by robots and robotic vehicles,” Michael Clarke, professor of war studies at King’s College London, tells ZDNet.  “The robotic vehicles will get in the more dangerous places until you need a human to move in, but that may be quite late in the battle space.”

“What the gamble is, is this new form of warfare is something we could be good at even with a small number of troops.”

The idea is not new: defense chiefs in the UK have made no secret of the fact that robotic systems are expected to play an increasingly important role in military operations. Chief of defense staff Nick Carter, for instance, recently predicted that up to a quarter of the army could be made up of autonomous systems in the near future.

Reflecting these observations is the MoD’s decision to cut the size of the army, from a current strength of 76,500 personnel down to 72,500 by 2025; a reduction that marks a shift from mass alone towards a force described in the new plans as “leaner but more highly skilled and capable.”

In effect, on top of autonomous systems, the new plans include investments to expand the armed forces’ use of tools designed to improve their readiness and efficiency. “It marks a shift from mass mobilization to information age speed, readiness and relevance for confronting the threats of the future,” argued Wallace.

Up to £1.5 billion ($2 billion) will go towards building a “digital backbone” for the military, for instance, which is intended to exploit vast amounts of data to better inform decisions. Defense intelligence lies at the heart of the new plans, with the objective of building a network of advanced surveillance platforms fed with all sorts of data, and run through advanced AI models for sophisticated analysis.

Understanding how genetic motifs conduct ‘the music of life’

Cyber capabilities have received renewed attention, and the MoD stressed that it will be funding the National Cyber Force (NCF) – an organization tasked with carrying out targeted offensive cyber operations against terrorists, hostile states and criminal gangs.

Another £6.6 billion ($9.1 billion) will be invested into research and development projects to build new equipment capabilities, particularly in space, where the MoD has pledged to set up an intelligence, surveillance and reconnaissance satellite constellation.

For some critics, however, the prospect of deploying ever-more sophisticated technologies may not be enough to compensate for the reduction of military personnel. Shadow defense secretary John Healey, for one, condemned the government move to cut the size of the army.

As Clarke explains, opponents to the new plans are likely to stress that there is a risk associated with reducing the number of boots on the ground in favor of technological advances. “We don’t really know what the army is going to look like by 2030 because this is a huge transformation,” argues Clarke. “So, it’s taking a pretty big bet on science and technology.”

“But the view is we’ve got no choice, because the risk of not doing it is greater than doing it. The risks are letting ourselves be vulnerable with 1990s kit and battlefield techniques, and that’s just building ourselves up for failure.”

According to Clarke, re-structuring the military for the digital age shouldn’t have waited until 2021, but rather should have been a priority for the past ten years. And with new threats emerging every day as technological capabilities expand more, the importance of shaping a sophisticated military response is only likely to grow.