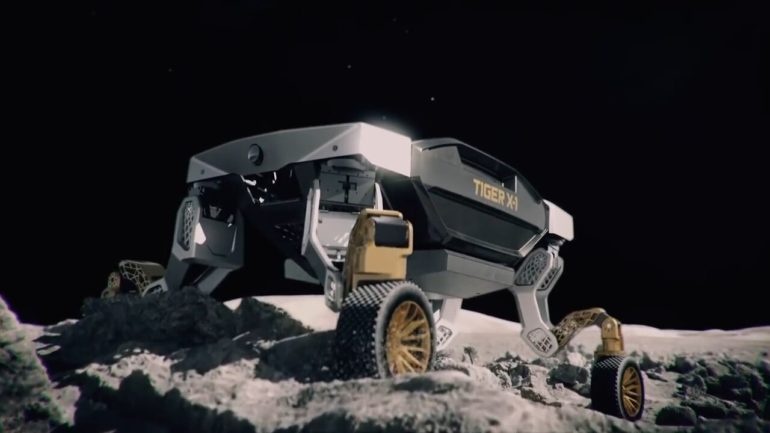 Autos today warn us of potential collisions, park themselves in tight spots, drive up to us from the parking lot to where we exit from a store on a rainy day, and they steer and change lanes for us as we coast along major highways. When it seems there’s not much left for a smart car to do for us, someone usually comes along and gets a leg up on the competition.

The South Korean automaker announced Tuesday a prototype vehicle that can not only smoothly roll over rugged terrain, but can actually ‘walk’ over obstacles as well.

The TIGER robot is equipped with extendable, omnidirectional wheel structures that can extend into legs that enable them to bypass obstacles such as walls, logs or crevices.

As John Suh, head of the Hyundai Motor Group’s New Horizons Studio, put it in a promotional video released this week, the prototype vehicle can “transform from four-wheel drive to four-legged walking.”

An earlier version of TIGER was unveiled at the 2019 CES tech trade show. That robot, known as Elevate, was larger and was built to carry passengers. TIGER—Transforming Intelligent Ground Excursion Robot—is much smaller, the size of a suitcase, and is not intended for human transport.

TIGER has a storage bay that its developers say can be used to carry emergency equipment, medical supplies or food to locations that pose risk or danger to manned vehicles. As one reviewer put it, TIGER is like “a real-life Transformer, but without the ‘bent on world domination’ vibe.”

The robot drives like an all-wheel vehicle in normal mode. But on rocky terrain, the wheel structures transform into large limbs. The wheels lock and a multi-jointed leg, aided by 28 motors and 28 motion sensors, can maneuver around any obstruction.

Hyundai isn’t limiting its sights solely on Earth travel. It sees TIGER as being a capable accessory for interplanetary missions.

“Vehicles like TIGER, and the technologies underpinning it, give us an opportunity to push our imaginations,” said Suh. “We are constantly looking at ways to rethink vehicle design and development and redefine the future of transportation and mobility.”

Hyundai envisions linkage between TIGER and a drone that could transport the vehicle to remote destinations. Drones or other unmanned aerial vehicles, the company said, may also be used to charge the robots.

At this time, TIGER is just a concept vehicle. Suh said he expects New Horizons to examine larger payload capacities as well as other new features. The company, he said, wants “to garner some insights from our future customers about what they need in terms of size and capability.”

In the immediate future, Suh sees the company resolving technical issues that have cropped up with the protoype. He estimates that testing of beta-stage models will begin in 2023 or 2024.

“There’s a lot of technical obstacles that we need to overcome so it has the flavor of a science project,” Suh said. “But our great desire is to make it a product. One day, for sure.”

Apple near deal with Hyundai on autonomous cars: reports