Lair of robot sea snake: In the depths, this autonomous guardian lies ready to work 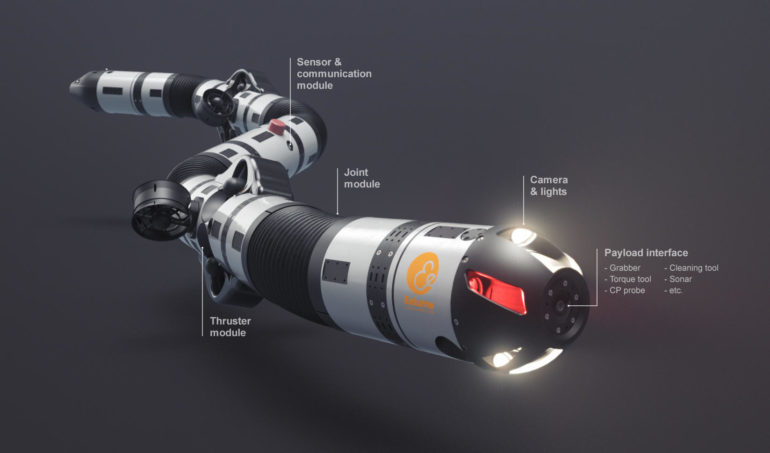 Turns out the rush to automate the air travel experience may be missing the point, and that’s a big lesson for robotics companies.

The Norwegian University of Science and Technology (NTNU) has opened its deepest ever laboratory.

It sits 365 meters (1,197ft) below the surface of the Trondheim fjord and houses a charging station and a facility for testing autonomous underwater vehicles, or AUVs.

These robots are considered the next generation of vehicles for underwater operations, ultimately replacing deep-sea divers and remotely operated vehicles (ROVs).

The AUV research is being conducted by the university’s center for autonomous marine operations and systems (AMOS), which has been operating since 2012.

AUV applications lie in underwater operations for the oil and gas industry. But the vehicles could also have a role in sea farming, the shipping industry, and the offshore wind-farm sector.

The first AUV to use the new lab is the ‘snake robot’ Eelume, developed by a Norwegian company of the same name, which was a spin-off from NTNU in 2015.

This AUV can be operated with and without the thick umbilical cables associated with traditional ROVs, and due to its unconventional shape, it can get into the narrowest of places.

Eelume is in essence a self-propelled robotic arm, which has an eerie resemblance to an eel in the water. The robot is designed to stay permanently under water, laying in readiness on the seafloor near subsea installations.