LG and Magna to form JV for electric car components 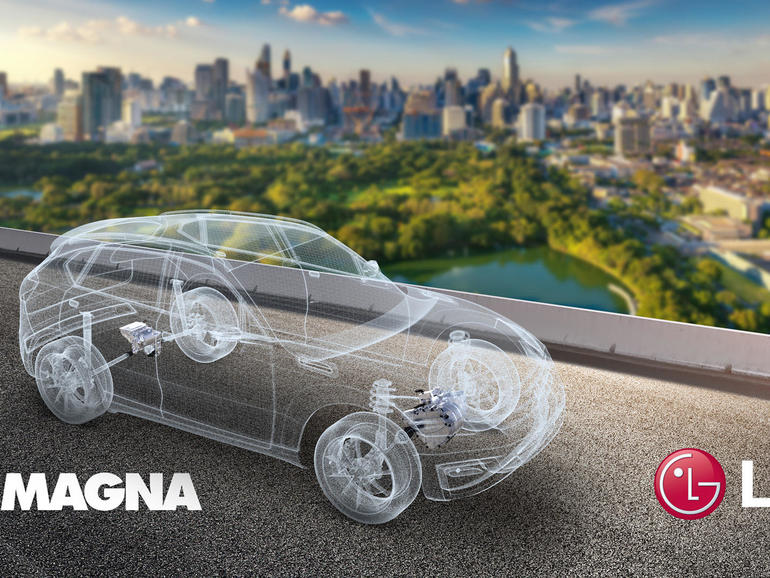 LG Electronics and Magna International said on Wednesday that the pair will form a joint venture to make components for electric cars.

The joint venture, tentatively called LG Magna e-Powertrain, will be formed around July next year after securing LG shareholder’s approval in March.

The newly formed company will produce e-motors, inverters, and on-board chargers, as well as related e-drive systems to support the growing global shift towards vehicle electrification, the pair said.

It will utilise Magna’s strength in electric powertrain systems and global network, and LG’s expertise in component development for motors and inverters, they said.

LG Magna e-Powertrain will be based in Incheon, South Korea, and around a thousand LG employees will transfer over to the company.

LG Electronics kicked off its vehicle component solution business back in 2013. In 2018, it acquired Austrian LED headlamp company ZKW for 1.1 billion euros.

LG is a supplier of components for electric cars such as Chevrolet Bolt EV and Jaguar I-PACE. The company’s affiliate, LG Energy Solution, is a major battery supplier to Tesla.

Formed in 1957, Canada-based Magna is a major producer of automobile components. It is also developing its own autonomous driving technology.

In 2017, Samsung expanded its automotive component business with the acquisition of Harman for $8 billion.

Connected cars: How 5G and IoT will affect the auto industry

Your next new car won’t be self-driving, but it will be a mobile IoT device that senses its local environment and communicates with cloud-based platforms.