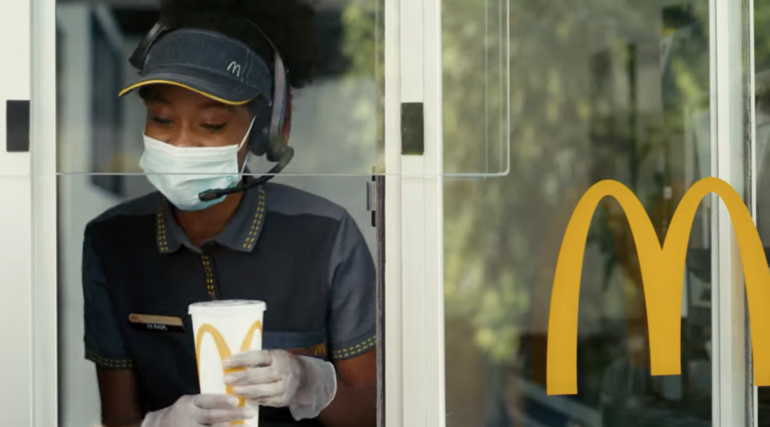 Everything has changed over the past year.

That includes the way people react to so many things.

Somehow, even fresh air smells and even tastes a little fresher.

Somehow, even the prospect of fast food seems less an expedient and more a warm, inviting surprise.

Perhaps you won’t have noticed, then, that your McDonald’s, your Chick-fil-A, and your Burger King are costing a little more than they used to. Or, in relative terms, a lot more.

Restaurant Business Online, quoting federal data, reported that fast-food menu prices have gone up 6.2% during COVID-19times. That’s more than double the increase at full-service restaurants. And some customers are certainly beginning to notice.

Now you might think that technology has something to do with this. Doesn’t it always?

Many fast-food restaurants appear to have raised their prices because the demand has simply been far greater. When you’re working on relatively thin margins and you feel you suddenly have a far more captive market, of course, you’re going to take advantage.

And then there’s the sonorous brouhaha at McDonald’s where the company is trying to change the way franchisees pay for all the fancy new technology — such as smart menu boards — that McDonald’s is rapidly introducing. For quite a while, the company and many of its franchisees weren’t on speaking terms. Not even via WhatsApp.

Drifting through all of this, though, is the joy and menace of delivery. The minute apps came along, you knew someone would want to be the Uber of food delivery. Uber, for example.

The likes of Chick-fil-A and Popeyes already charge more for third-party deliveries. Sometimes, in the double-digit percentages more. Well, the delivery apps’ exorbitant charges have crushed many restaurants, with some cities even trying to limit how much UberEats, DoorDash, and friends can charge.

Restaurant Business Online mentions that a delivery order for a family can cost as much as a visit to a sit-down Mexican restaurant.

A couple of weeks ago, my wife and I had friends come for a drink and ordered delivery from Domino’s (we’re great hosts). Two large pizzas, three salads, and a so-called taco cost $114.76. Including tip.

Welcome To A More Dynamic Future?

I, though, am most moved by the prospects for the future.

The revelation that prices have risen at McDonald’s, Chick-fil-A, and the rest stimulated a robust debate about the whole restaurant industry.

The restaurant industry insiders at The Restaurant Manifesto, perhaps looking enviously at what the fast-foodists have done, offered this bleak view on Twitter: “Pricing power will be a challenge going forward for the full-service end of the business. After a year in the hole, many dine-in restaurants will not have the luxury of raising prices significantly to make up for lost revenue and to catch up on unpaid invoices.”

In stepped Nick Kokonas, one of the most enterprising restaurant owners and creator of the reservation system Tock.

He wondered if the dynamism of fast food shouldn’t exist across the whole of the restaurant world: “Why can’t they raise prices if demand returns, as I expect it will, when it is safe to return to public activities?”

So here’s the tantalizing prospect for the future, should you ever manage to go out to dinner again: Perhaps Fridays will be more expensive.

A prototype of an intelligent underground robotic system for urban environments

As Kokonas put it: “I’ve seen that operators are afraid to experiment with pricing but customers are surprisingly adaptive *if* the food and experience are great. The real key is to move prices in two directions by day of week and time. Cheaper Tuesday. More on Saturday. Few do that. It works.”

The fancier restaurants might worry if they can do this. Some will surely try it. People may even get used to it and even understand it.

But I’d like to take the idea a little further. What if your experience at McDonald’s, Wendy’s et al becomes more of a dynamically priced affair, too?

What if the Big Mac you eat after you’ve been clubbing on Saturday night costs a dollar or two more than the one you had for lunch on Thursday? Would you even notice? There seems no real sign that fast-food customers have noticed their Big Macs and chicken sandwiches might be more expensive currently. There aren’t sufficient signs of mass rebellion, certainly.

And technology has reached the point where McDonald’s is testing robots taking orders at drive-thrus in Chicago. So why wouldn’t every McDonald’s restaurant be able to change pricing instantly — even car-by-car at the drive-thru?

The real worth of a meal is the value you place on it at any given moment. Sometimes, you’re so desperate for a particular meal — a McFlurry comes to mind — that you really would pay more for it.

As McDonald’s, Burger King — and, most recently, Taco Bell — invest in tech companies that suck up and serve up data with enormous detail and equally enormous potential effect, why wouldn’t they even offer different prices to individual customers?

Oh, that might cause a fight or two, right?