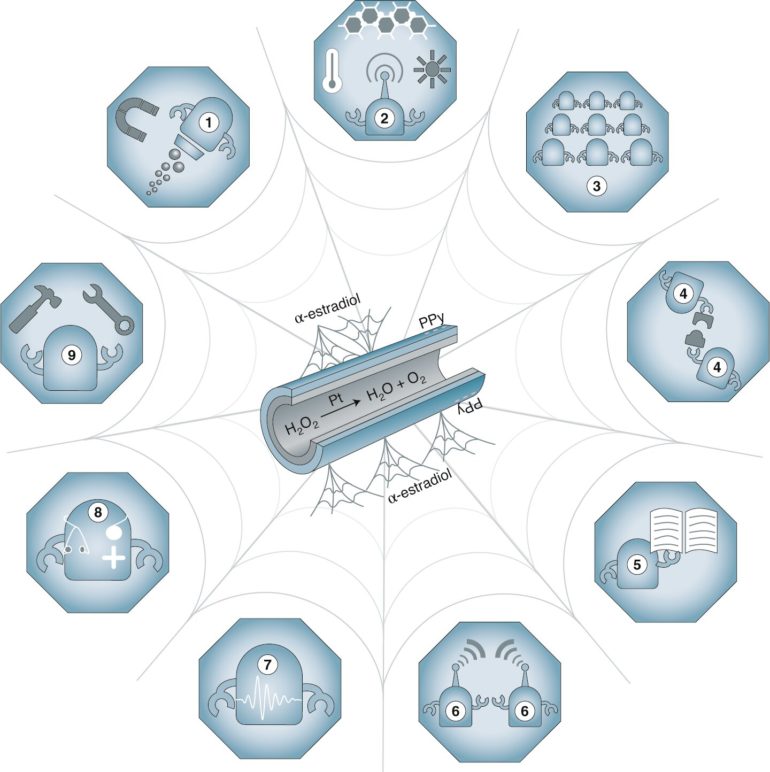 A team of researchers from the University of Chemistry and Technology Prague, Yonsei University and the Brno University of Technology has developed a micro-robot with chemically encoded intelligence that can remove hormonal pollutants from a solution. They have published their results in Nature Machine Intelligence. Dongdong Jin and Li Zhang with the Chinese University of Hong Kong and Multiscale Medical Robotics Center, respectively, have published a News and Views piece in the same issue outlining the state of micro-robot research and describe the work done by the researchers with this new effort.

As Jin and Zhang note, most micro-robots have little to no intelligence—they are single-purpose entities that are generally controlled externally using magnets. But they also note that micro-robot research is changing to add local intelligence, giving them the ability to interact with their environment as they carry out their functions. As an example, the researchers created programmable multi-layer micro-robots that are capable of removing hormonal pollutants from a solution without human assistance.