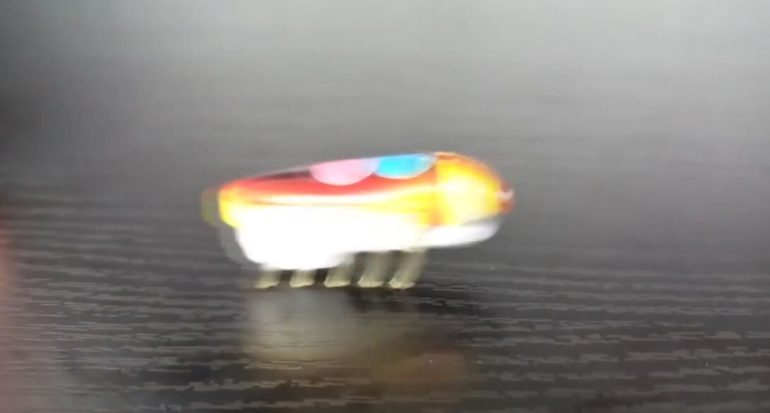 A team of researchers affiliated with several institutions in Europe has found that swarms of tiny dumb vibrating robots are capable of carrying out sophisticated actions such as transporting objects or squeezing through tunnels. In their paper published in the journal Science Robotics, the group describes experiments they conducted with tiny dumb robots they called “bugs.”

The team became interested in the movements of small objects in a closed setting through vibration. The Electric Football Game is one example. Players move about a small metal table painted to look like a football field when vibrations are applied from below. In their work, the researchers used small, plastic, buglike objects outfitted with a device that made them vibrate instead of using a vibrating base (they are currently for sale as a children’s toy). They then created a variety of courses for the bugs to traverse by changing the positioning of the walls. Then they added the bugs and sat back to watch what would happen.

After numerous trials, the researchers began to spot some patterns in their random movement—when they ran into each other, they tended to cluster along the edges of a barrier. And once they started to cluster, they began to act as if they were a single entity—all of them acting together to move forward through a maze, for example. By changing the landscape, the researchers found they could get the clusters to do things like carry an object from a beginning to an ending destination. They also found that if the cluster encountered a thin passageway, it would thin itself and make its way through. And they also found that the clusters were able to use their combined force to pull objects from the surface and to raise them up onto the structure they had formed.

Under another scenario, the researchers added light-activated vibrating motors to each of the bugs that allowed for some control of the direction of the bug. Flashing a light made the bug turn either left or right. Under that scenario, they found the bugs capable of such things as playing billiards.

NanoGear, towards a molecular gear