Tech Turkeys 2021: The worst products and services of the year 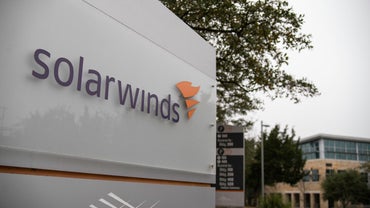 2021 was a better year than 2020, but there’s still a lot of room for improvement. It’s time for Jason Cipriani and me to hand out our awards for tech products and services that didn’t live up to their promises, suffered from overblown hype, or flat-out failed.

The list is dominated by the usual suspects: Five of the world’s 10 largest companies (by 2021 market cap) are represented here. In fact, Tesla takes home the silver with two turkeys, while Microsoft gets the gold with three turkeys on the list.

If you notice any tech turkeys we forgot to include, let us know in the Talkback. Without further ado…

Hack of the year

We debated putting this on top. The impacts of this hack are vast, even prompting the president to issue an Executive Order on cybersecurity. If any company other than Meta has lost all of its brand capital, it’s this one.

Here-we-go-again of the year

The first-generation Duo was on the 2020 Turkey List. Yes, they did a better job in 2021 than last year, but that was a pretty low bar. And is this version going to move adoption for Microsoft? We don’t think so. That’s why it’s on the list again.

The Duo 2 is a weird device — it’s as confusing as it is intriguing.

It is much better hardware than last year: Faster and more powerful SoC, better cameras, and less buggy software. We just… don’t see the use case for this thing.

Podcast: Surface Duo: The wrong device at the wrong time for the wrong price?

Disappointments of the year

Compared with the Surface Pro 8 and Surface Laptop Studio that Microsoft released later in the year, these two products are turkeys.

The Surface Laptop 4 lacks full-speed Thunderbolt Ports ,and the Surface Pro X — though the company eventually released a Wi-Fi-only version –is still a product looking for a reason to exist when compared to its Intel-based cousins. It’s nowhere close to being Microsoft’s MacBook Pro M1 yet.

The Surface Pro X’s x86 software emulation performance and compatibility were supposed to get better with Windows 11, but Jason Cipriani feels like it’s gotten worse. He even got so frustrated that he completely wiped it and reinstalled Windows 11 for a fresh start.

So this one is problematic because, from a technical perspective, Windows 11 is excellent. It’s a great upgrade; we love the UX; it’s got exceptional technology and significantly improved security that we all need. But they ruined the messaging on who can upgrade to it and why they created the system cutoff that they did. It generated a lot of ill will.

The bottom line is that Microsoft should have started by explaining what TPM is and why it matters.

There are other things in the newer processors that Windows 11 needs to create that fully secure experience, such as hypervisor-assisted security. Still, it’s a tough sell to explain all of it and why they made their cut-off at Generation 8.

This is one of those upgrades you don’t go running for until you’ve experienced a hack or a compromise, and then suddenly, you want all your computers to have it. It is an easier sell for corporations with PCs on a 5-year amortization and upgrades schedule. However, it is a different value proposition for a consumer with what appears to be a perfectly working PC that is 5 years old (or even three years old, in some cases). So why can’t they have all their new UI doodads?

Windows 10 has a lot, if not all, of those security features, but they are optional, not required. And it’s supported until 2024. Yet people just see this as being denied an upgrade.

Podcast: Ready to upgrade to Windows 11? Don’t be so sure

Underwhelming upgrade of the year

Sure, this thing is selling like crazy. But the company is phoning it in on any improvements and innovation because there’s no competition in this space. Cipriani has a Switch OLED, and it’s not the best upgrade he’s ever bought — It’s more like going from an iPhone 4 to 4S. The device needs a faster processor and a 4K display.

Podcast: Switch OLED: Nintendo nailed it in because there’s no competition

Joke of the year

So far, it’s just a lot of talk and an actor in a weird robot suit. Why did we need a press conference for this thing? Show us a product.

This was just a weird announcement. Perhaps we will eat our words, and we’ll be the Turkeys in a few years when Tesla builds this thing. But until then, this is on the list because it was a complete joke to have an employee dress up in tights and dance around on stage.

Cancelation of the year

Why did Tesla think anyone needed this $150,000 EV? I am glad Elon Musk had the good sense to cancel it.

It would have been an electric car with 1100 horsepower, a top speed of 200 mph, a range of over 520 miles, and a 0-to-60 mph sprint time of less than two seconds. The Plaid Plus would have also featured the new 4680 battery cells that the automaker had been anticipating to arrive — part of a structural battery pack that would have also lowered the vehicle’s overall weight while increasing rigidity.

However, the existing Plaid (which is named after a super-fast space drive in Spaceballs that makes everything out your window look like a Scottish Tartan, and it’s one step up from “Ludicrous”) is already ridiculously fast, with acceleration to 0-60 in under two seconds and with a range of 390 miles.

Who needs the marginal improvement in acceleration over the currently most expensive model or a driving range that is way outside the average gasoline car range and day-to-day driving needs (assuming most of these vehicles are charged overnight)? It’s a technical achievement, to be sure, but at a ridiculous cost.

The new batteries sound great, but let’s get them tested in the less-expensive cars first.

This app that made everyone into cartoon characters on their phones was really popular for like a week during the early summer. Sure, it was cute; everyone was using it, including myself — until we found out they were using it to train AI and ML and facial recognition databases.

If you don’t remember this thing, maybe that’s for the best.

WrestleMania 37 live stream: how to watch WWE online free and from anywhere

In Apps and WebCompaniesGamingSmartphones
on 11 April 20218 min read

Dumb idea of the year

And still not being able to standardize MagSafe across their entire mobile product line. The Watch still charges with a special connector, and oh, look, the Series 7 needs an updated version to charge at full speed. But hey, we can now charge iPhone and AirPods on a MagSafe.

I think Apple did exceptionally well this year. The M1 Max kicked major ass; AirPods 3 looks to be a good buy; most of their other products this year were pretty exceptional. However, migrating the iPad Mini to USB-C, as they did previously with iPad Air and iPad Pro, and then not migrating the iPhone 13 and the lower end iPad to USB-C is just plain ridiculous. They redesigned every other aspect of those products; I can’t see why they wouldn’t want to simplify things — especially when they have now gone all gung-ho on not including chargers with these products for green reasons. It’s more green to have the products use the existing standard.

Also, if we are going to slam Apple for making some dumb decisions with their products this year, I have to mention that the iPad Mini sixth-gen 5G does not have full iPhone capabilities. You can’t make phone calls with it. The fact that Apple and its carrier partners remove these capabilities from iPads with cellular/5G is ridiculous.

Would it look ridiculous holding one of these up to your face? Yes, but many people wear Bluetooth headphones, and, certainly, AirPods will lock on to whatever Apple device you are using at the time. Look, some people would like to make regular landline calls with these, not just Facetimes and Zooms. If you can iMessage, you should be able to make a phone call.

Saving throw: What we both think deserves a call out, and maybe it’s on the opposite side of being a turkey, is the fact that Apple reversed course on the MacBook Pro. HDMI, MagSafe, SD Card… it’s all back.

I think they recognized their previous Macbook and desire to remove that stuff was a Turkey, as was that horrible touch bar, which may have been the turkey-est of all turkey features ever in an Apple product.

However, that notch on the new M1 MacBook Pro’s display is a giant turkey leg.

Podcast: Apple’s fall 2021 lineup is more exciting than we expected

Crypto mining: Why are we sucking up the world’s resources with this stupid activity? China is smashing crypto mines with bulldozers; this is one of the few authoritarian things they do I can get on board with.

NFTs: What idiots came up with this idea? The idea that an object or a digital asset has value strictly because of its original and unique traceability due to smart contracts in a blockchain system is idiotic. Period. Mic drop. Fight me.

Movie Theaters: I don’t know what they need to do to get people back inside them, but whatever they are doing (or not doing) isn’t getting asses into those seats. The movies that are performing well now are getting a lot of the balance of their revenue from streaming. Dune 2 was greenlit not so much on its box office performance but on the number of streaming eyeballs for Dune on HBO Max. If anything, it is an argument for the lifespan and effectiveness of streaming services, not old-fashioned movie theaters.