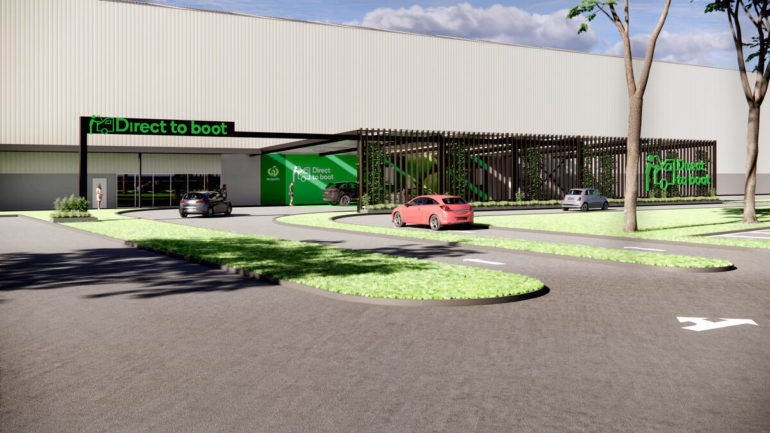 The supermarket giant envisions the new 7,200 square metre CFC as a space that can fulfil an extra 15,000 home deliveries and direct-to-boot pick-up windows each week for customers based in the Sutherland Shire, spanning from Kurnell to Engadine.

It boasted the facility will have wider aisles and more shelf space than a supermarket to allow personal shoppers to handpick from around 20,000 products “quickly, accurately, and efficiently”.

Woolworths ecommerce director Annette Karantoni said the CFC will also be the company’s first CFC to offer dedicated pick-up bays with a direct-to-boot service for customers who prefer to collect online orders themselves.

“We’re seeing more and more of our customers turn to the ease and convenience of online grocery delivery in the Shire,” she said.

“To keep pace with customer expectations, we’re planning to open a new customer fulfilment centre in Caringbah to offer more delivery windows and an even more reliable service to our online shoppers.”

Subject to planning approval, construction of the new site is expected to commence in early 2022 ahead of an operational launch later in the year.

The plans come as Woolworths reported online sales grew 92% from July to December 2020.

During that half of the year, Woolworths established three new dedicated ecommerce fulfilment centres in Notting Hill, Lidcombe, and Carrum Downs. Carrum Downs was also the first estore to deploy Takeoff microfulfilment technology, which the supermarket touted was the first time in Australia.

The retailer boasted the new centre will feature automation technology from Knapp that will help Woolworths’ personal shoppers pick and dispatch up to 50,000 home deliveries a week in Western Sydney.

If Woolworths gets the green light to build the centre, construction is expected to commence this year ahead of plans to launch the centre by 2024.

Woolworths plans to stand up an analytics business unit called Q-Retail once its deal with Quantium is completed.

Woolworths to invest AU$50m into upskilling staff with tech skills

Staff will be trained in digital, data analytics, machine learning, and robotics.

Adopting a hybrid cloud strategy will help the grocery giant scale applications based on demands.

A focus on improving the customer digital experience and an increase in network capacity during the quarter are the reasons behind the uplift, the company said.