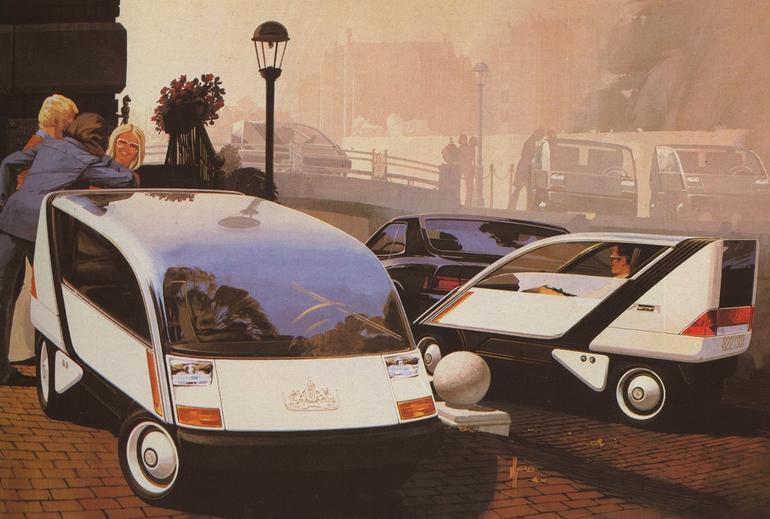 As a product of Gen X, I am perhaps among the last generation to be obsessed with the notion of car ownership. Yes, I love cars. I love the different body designs. I love how each one drives differently. I love the history and culture that surrounds the different automotive brands. I love the activity of going out for rides with no objective other than to take the top down on my Camaro convertible and drive.

But I don’t enjoy the burden of owning cars — particularly, two vehicles. My wife is the more frequent driver, so she needs a car every day. When I am not traveling, my car sits in my garage, about 90% of the time, as I work from home.

The car provides freedom, but it’s also a prison

Before the pandemic, both my wife and I were averaging only about 7,000 miles a year on each of our vehicles. Now, it is even less. That’s hardly justification for vehicle ownership.

While automobiles have enabled modern cities to become today’s megalopolises and have given people nearly unlimited freedom to travel, we are, to some extent, prisoners of our cars. For many of us, ownership requires monthly payments and insurance policies based on the odds of accidents created by human beings. Owning a vehicle also comes with the responsibility of maintenance. And, of course, fuel costs.

And parking? The entire idea of parking for a self-owned automobile is wasteful and absurd because it sits in a spot all day when you aren’t commuting to work. Let’s face it, this something that is going to be increasingly infrequent since COVID-19 proved most of us could work from home. I really only use my car if I am doing errands or visiting people (also, likely to be more irregular in the future as well.)

So, all this real estate in modern city designs is wasted because we all need to have a place to put that car. And the volume of traffic is also an undesirable byproduct of how many people need to own personal vehicles to get anywhere or for businesses to transport materials.

Many groups of people, in particular, Millennials and Gen-Z, are cooling to the idea of not just owning homes but also owning cars.

Ride-sharing reaches the height of its popularity

No wonder services like Uber and Lyft, at least before COVID-19, were so wildly popular: They offer people tremendous personal freedom without the burden of car and auto insurance payments, fuel/energy consumption, and maintenance.

I used to rent cars when I did business travel. That changed about five years ago. If I was in a city where Uber and Lyft had service, I no longer did so. It was just that much more convenient to pick up my smartphone, click a button, and have a driver summoned within minutes.

No parking hassles or worries about returning the vehicle. No concerns about having to gas it up, and no expense reports for a pricey auto rental.

The only thing I had to be concerned with was taxi receipts, which Uber is happy to email automatically.

And, at home in Florida, I frequently summoned Uber just so my wife and I could go out locally to the many restaurants offering a happy hour and have a couple of drinks without having to worry about getting safely home. When things return to semi-normal, and most of the US population is vaccinated, I will likely start using those services again.

The ride-share trend was so popular pre-pandemic one would think that the existing ride-share services had a bright future ahead of them.

That said, I think Uber and Lyft may only have a few years left.

There is a disruptive force on the horizon, and that is driverless electric vehicles. Uber has (unsuccessfully) dabbled in this technology and recently sold their driverless effort to a startup, Aurora Innovation.

In 2019, Lyft pioneered a self-driving service in Las Vegas with its partner, Aptiv, and completed tens of thousands of rides.

However, in my mind, there are only two companies that can sufficiently change the way the auto and ride-share industry works: Apple and Amazon.

But neither Apple nor Amazon has much to do with cars now. So, why those two?

Let’s start with the Cupertino company. We know Apple has a sufficiently large, secret project underway that has something to do with cars. On June 25, 2019, it purchased Drive AI, a company that creates autonomous buses and has ridesharing in the Arlington, Texas area, for an undisclosed sum.

I don’t think this is some souped-up version of CarPlay that Apple intends to license to automotive manufacturers to enable them to plug and play with autonomous driving. I believe it is developing an actual car. In December of 2020, Reuters reported that Apple plans to release some kind of electric vehicle in 2024.

But I don’t think this is a car anyone will be able to buy, per se. What I think Apple is developing is its version of Uber. But it’s going to be way, way better and far more exclusive.

I believe that Apple, to continue to differentiate itself as a luxury brand, is working to integrate ride-share technology with its iOS products. One of the privileges of iPhone ownership in the future could be access to an exclusive ride-share service, owned by Apple, using premium driverless electric vehicles only available to that service.

For $3,000 a year, I might seriously consider it, even though I love my cars. Maybe even $5,000 a year. It’s still considerably cheaper than a luxury car lease and overall total cost of ownership.

And at $1,000 or even $2,000 a year? It’s a no-brainer. It would also fit into the proposed “Apple Select” service described in an earlier article.

While an Apple ride-share service would be fantastic, it is probably a bit further away than we would like. The driverless technology is very close to being fully baked. Still, the required legislation on a federal level — let alone a city-by-city basis — could easily take five years before the US would even allow fully driverless cars on the road.

Apple is one of the few companies that has considerable financial and engineering resources to work with an automotive manufacturer such as GM, Chrysler, Nissan — or even Tesla — to build a specialized EV for ride-sharing and to create the automated charging infrastructure for these things as well as the service depots to keep this running.

Tesla would be a great partner for such an activity since its supercharger network is already built-out. Still, Apple wouldn’t necessarily need its help because the company can buy its way into anything.

The original speculation was that Apple had been considering buying Tesla. However, Elon Musk has recently stated that Tim Cook turned down that offer three years ago, despite it being a path for Apple to get a product to market quickly.

Who got rich? IPOs produce big gains for Uber, Delta and tech VCs

But it also wouldn’t surprise me to see Tesla, once its autonomous driving software is perfected, to create an Uber-like ride-sharing service themselves. One that exclusively uses its vehicle technology and sold in as a timeshare as I’ve described above.

While Apple toils on this in secret and perfects its driverless electric DNA, there is Amazon.

Amazon is working on something similar to what I believe Apple is creating, but it will be tied to incentives and rewards with Prime and branded something along the line of PrimeRide. In 2020, the company bought ZOOX, a driverless vehicle company building highly-specialized electric transportation vans. It has recently shown what these vehicles look like, and they are extremely futuristic indeed. It’s a Syd Mead-Esque, pod-like thing for sharing rides for up to four people.

With AWS, Amazon can use big data and other kinds of analytics and computer learning techniques to schedule morning and afternoon pick-up routes and dispatch.

I can see Amazon’s next purchase being Uber or Lyft.

Amazon can quickly capitalize on its Whole Foods acquisition by making each location a base of these vehicles’ operations to fuel up, charge, and load up deliveries if they make utility versions of these vehicles. And to pick up and drop off people that want to go shopping in person versus online.

If either Apple or Amazon’s efforts come to fruition, the auto industry will be severely disrupted. Rental car companies almost certainly will face additional consolidation, and we will see the traditional ride-share companies face significant challenges. They may disappear entirely, especially when driverless electric tech becomes not just technologically mature but more accepted legally and culturally.

A vision of a driverless future

When autonomous driving software is perfected enough that virtually all vehicles traveling roads and highways become driverless, our society faces a total disruption.

Initially, this is likely to happen with long-haul type driving, where safety issues from driver fatigue are a real problem. The elimination of accidents and the improvements that the logistics and transportation industry will enjoy alone will provide learnings for other things such as bus travel. Eventually, different kinds of autonomous rideshare and other transportation services will arise, which will offer a range of different types of autonomous vehicles depending on the needed application and desired amenity levels. As with anything else, there will be budget, business, and luxury offerings.

Owning a car will no longer make sense, and residential and commercially zoned neighborhoods may radically change due to a vastly reduced need for long-term or short-term parking spots. Space can be much better optimized if only 20% to 40% of existing car parking space is needed for personally owned vehicles. Only the truly wealthy, who will want special privileges and offerings that these services cannot provide, will continue to own their cars.

There will be other added benefits: Our aging population, which will be working much longer due to their increased lifespans, will have freedom of mobility — even though they may not be well-suited to driving anymore. They will pull out their mobile device, request a pickup, and their ride will be there in minutes.

What happens to the drivers? In the future, it will be an activity that will be regarded as an unnecessary risk, a vestige of a more dangerous time that most of us will relegate to history. They will be considered perhaps as we think of smokers today. Or meat-eaters. They will be persona non grata individuals who put their own lives at risk and those around them by their unpredictable behavior. They may even be removed by law from the road during prime hours or segregated to recreational driving courses or areas and maybe negatively evaluated by their policy-issuers on their insurance risk, as well.

I love my cars. But I love my freedom and not having to worry about a vehicle even more.

Are you up for a trip in Apple cars or a PrimeRide? Talk Back and Let Me Know.