AirPods Max review: Stunning sound, the case is a joke, and I’m trying to justify the price Review 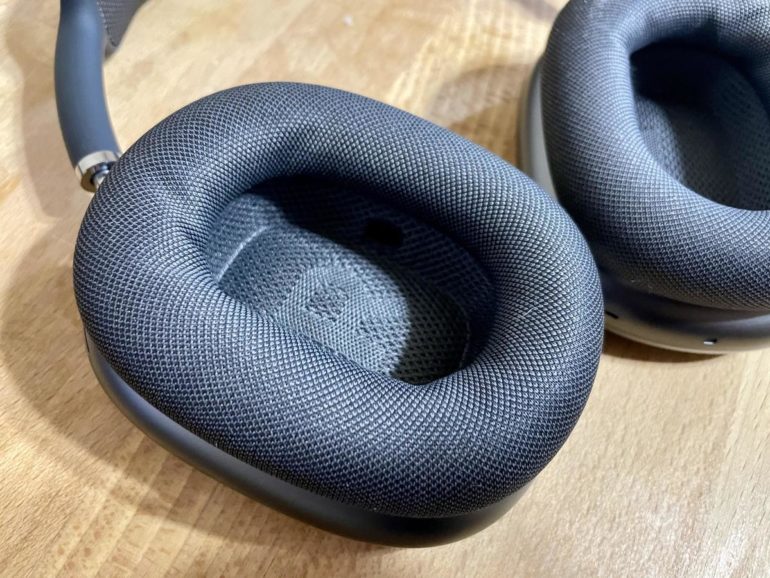 Apple announced the AirPods Max, a $550 pair of headphones, last week. This week, the headphones started shipping, and I was lucky enough to grab a pair before the shipping dates slipped to March of next year.

I’ve been using the expensive headphones for roughly 20 hours, or the same amount of time Apple state the battery should last. And despite the magic of Apple’s AirPods lineup — complete with an H1 chip, easy setup, and seamless integration with the rest of the company’s ecosystem — I’m still not entirely sold.

The case is, well, a joke. At least it feels like one. And $550 is a lot of money for headphones, no matter who makes them. I plan on testing a lot more in the coming days, but in the meantime, here are some of my first impressions of Apple’s AirPods Max.

If you’re judging the AirPods Max based on build quality alone, then they’re a hit. The entire housing is made of a combination of stainless steel for the headband and aluminum on the ear cups. The side effect of those high-end materials is that it translates into increased weight. However, when sitting at my desk or on the couch and wearing the AirPods Max for a few hours, they don’t feel heavy at all. In fact, quite the opposite.

The mesh canopy, which is what Apple calls the headband, doesn’t apply hardly any pressure on the top of my head, and the memory foam cushions on each ear are even more comfortable.

Because I wear glasses, I have a hard time wearing on-ear headphones for an extended amount of time. The pressure on my ear, against the stem of my glasses, is eventually uncomfortable, and I have to take a break.

I’ve gone through a few multi-hour listening sessions with the AirPods Max, and not once have I felt any discomfort.

The weight of the AirPods Max is more noticeable if you’re wearing them while walking around and moving. I can’t see someone wearing these to workout in, but maybe that’s just me.

The Max sound as good as some higher-end headphones I’ve been fortunate enough to listen to during demos at trade shows like CES.

There’s a crisp sound for individual instruments and notes that I just don’t get with AirPods Pro, and nowhere near close to what I hear in the original AirPods.

I even connected the Max to my Xbox Series X controller via a Lightning to 3.5mm headphone cable (which I begrudgingly had to pay $35 for) and used them as my gaming headphones for a couple of hours. They didn’t have the full surround sound capabilities that my dedicated gaming headphones do, but there was some direction to the audio coming through them.

Let me preface this next part by saying my experience with active noise cancelation has been limited to AirPods Pro and other wireless earbuds that support the same feature. I have never used a pair of high-end, ANC-capable headphones.

With that said, I’ve found the AirPods Mac ANC to be as thorough and impressive as the AirPods Pro, if not a little more so. With the volume at roughly 50% and ANC on, I can’t hear someone talking to me in the same room, and the roar of my office’s furnace is reduced to just a hum.

There are two features where I think the AirPods Max really shines: Transparency mode and Spatial Audio.

Transparency mode allows you to keep the headphones on but lets some of the environmental noise. It’s a handy feature if you’re wearing earbuds or headphones while commuting to work, or if you want to listen to music but need to keep an ear on your kids playing in another room.

The feature is available on the AirPods Pro, but when it’s active, there’s a slight hiss or static to the sound quality. However, with the AirPods Max, that white noise is gone. You hear your music and then you hear the person’s voice as if you were having a conversation with someone and playing music through a speaker that’s in between the two of you. It’s hard to describe, but it’s truly impressive. In fact, when I first turned it on and asked my wife to talk to me, I verbally said: “Whoa.” Even as a jaded tech journalist, there are times when I’m caught off guard. This was definitely one of those times.

Spatial audio is something I want to spend more time testing, but it’s just as impressive as transparency. Using the position of your head in relation to your iPhone or iPad, the AirPods Max work together with iOS to create a surround sound-like effect when you’re watching a movie or show that supports Dolby Atmos 5.1 or 7.1 audio.

Watching The Mandalorian and some of its more intense battle scenes with lightsabers and blasters going off, I could hear the sci-fi weapons that went across the screen — zooming from one ear to another as if I was sitting in a full studio with a far more expensive home theater system.

It’s a shame the feature is limited to the iPhone and iPad right now.

That’s not a case

It’s more like a sleeve that you slide the headphones into to put them into an ultra-low-power state. Actually, that’s as close as you get to fully powering them off, thanks to a couple of magnets placed in the case.

As I said in the latest episode of Jason Squared, if I’m paying $550 for a pair of headphones, I want to be able to take them everywhere with me and feel like they’re protected. Because the AirPods Max don’t fold down, they’re not only bulky to put into a backpack, but even if I made space, the case does very little to protect my investment.

In fact, the bottom of the ear cups aren’t even fully enclosed in the case. There are small cutouts that leave the exterior of the headphones exposed, and the headband is fully out of the case, doubling as a handle for you to carry them.

Then there’s the fact that in less than 48 hours the cover is already filthy, and I’ve tried my hardest to keep it away from anything and everything that could get it dirty.

It’d be far easier and more convexity to carry around my AirPods Pro and its small charging case when I start traveling again. Then again, I’d be losing out on 20 hours of battery life and the improved ANC.

Are they worth it? It’s a subjective question, and it’s one I don’t have an answer for yet. One minute I have convinced myself that I’ll return the AirPods Max after I’m done reviewing them, but then the next minute I find myself trying to justify them as a “business investment.” If nothing else, they’re surely an expense I can write off.

If you have a pair of AirPods Max or just strong feelings about them, be sure to let us know in the comments.