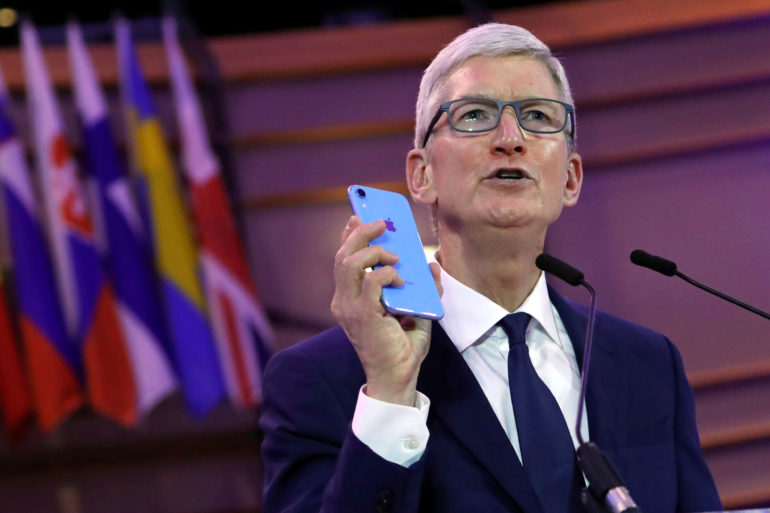 Apple on Monday updated its App Store to show “privacy labels” detailing the information that iPhone apps collect about users.

The labels are prominently displayed underneath a button to download the app. Most apps will receive as many as three labels, based on information app makers are required to submit to Apple to update their apps.

The move is the latest in a long string of new features Apple has introduced to limit ad tracking and other practices that collect user data from iPhone users. In recent years, Apple has increasingly relied on privacy features to distinguish its products from competitors, including phone makers using Google’s Android.

Monday’s announcement is a major privacy feature for the App Store, which is the only way for software makers to distribute iPhone apps, and is an example of how Apple is using control over its operating system to pressure third-party developers to comply with Apple’s privacy standards.

But the labels, first announced in June, have drawn criticism from app makers that use ads to make money. That’s because ad-supported apps may receive a “data used to track you” label, which could discourage users from downloading the app.

Data used to track you: Developers can link user data collected from the app to information from outside the app, such as other apps or websites, often to serve targeted ads or measure how effective ads are.Data linked to you: Developers collect information that is linked to your device, account, or identity.Data not linked to you: Developers can collect data but say they will not link the information it collects to it to your account or device identifier.No data collected: Apps that don’t collect any information about the user.No information available: This label will be reserved for apps that have not been updated since the requirement went into place. But most popular apps currently under development are regularly updated, so the privacy labels will be on most of the apps on the store, Apple said.

In CompaniesSmartphones
on 6 February 202117 min read

The new labels will specify exactly which types of user data, such as location or contact information, are used for which purposes.

“Apple’s view is that users deserve to be more aware and in control of their location data,” Apple’s senior vice president for software, Craig Federighi, said in a speech last week, adding that some users don’t know that they’re providing data such as location to apps and that the iPhone allows location data or other specific types of access to data to be turned off app-by-app.

Apple said that its intention with its labels is to give users the information they need to make choices about which apps they are comfortable using.

Apple’s own apps will be labeled under the same criteria as third-party developers. Apple apps that can be downloaded from the App Store will get labels on their download pages. Other Apple apps that are built into the phone, such as Messages, will have the same information published on Apple’s website.