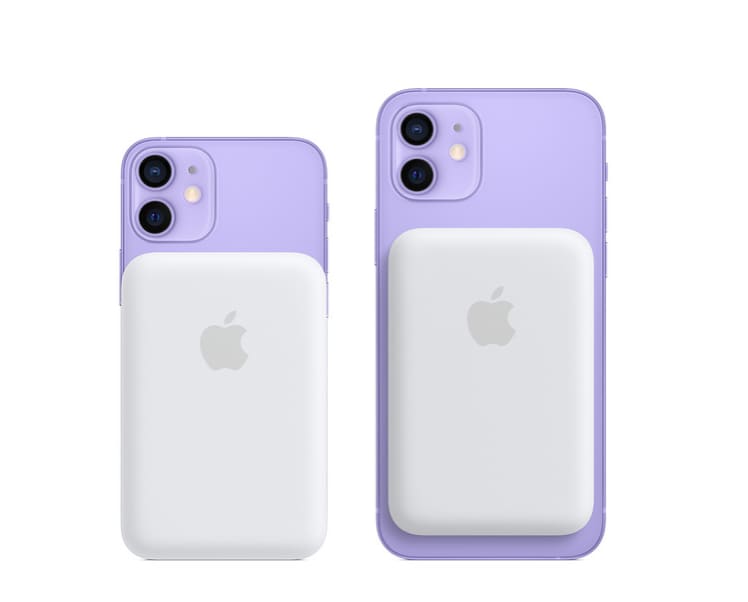 Apple announced a battery pack on Tuesday that snaps to the back of the iPhone 12 to provide extra battery life. It will help people get longer battery life from their iPhone if it’s about to die.

The MagSafe Battery Pack costs $99 and is available in white. It’s available for pre-order now and will start shipping next week.

While it’s snapped on the back of an iPhone, it can charge a phone with 5 watts of power — about the same as an older, square iPhone wall charger, and slower than the 15 watts you get from a regular MagSafe charger. When it’s attached to an iPhone, users can plug a cable into its Lightning port to charge both the battery and the device at faster speeds.

Like other Apple accessories, it closely integrates with the iPhone’s operating system to show additional battery life in iOS.

The product’s release this week is the latest in a string of accessories using Apple’s MagSafe system, which it introduced last fall with new iPhones. In surveys, additional battery life is consistently one of top features that consumers want from their smartphones.

In Apps and WebCompaniesSmartphones
on 4 June 20211 min read

Apple has released battery-extending cases in the past, but without MagSafe, Apple’s smart battery cases have needed to physically plug into the iPhone’s port to charge it and give additional battery life.

Apple didn’t release official battery life estimates or charge capacity, but one product photo suggests that the MagSafe battery has a 1460 mAh, or just under half of an iPhone 12’s 3110 mAh battery.