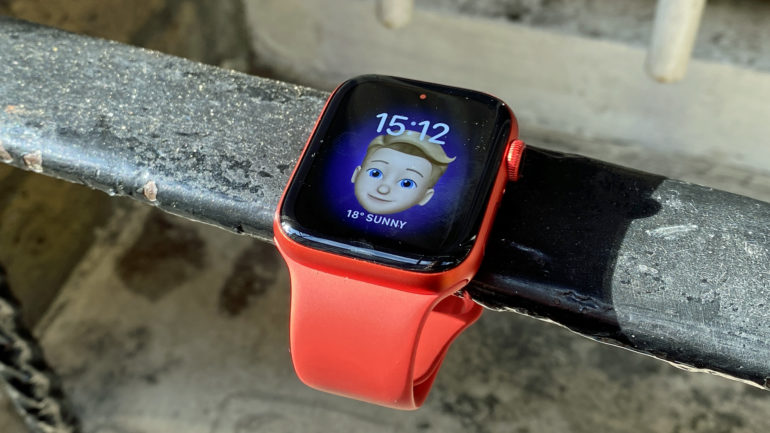 The Apple Watch 7 is set to be the next flagship smartwatch from the brand – possibly landing alongside the more affordable Apple Watch SE 2.

It will be the successor to the Apple Watch 6, and while nothing is known for sure about it yet, you can expect it to be more powerful and have some new features.

We’ve heard some rumors of these already, pointing to a wearable with a new design, a glucometer, new swim tracking features, and more. Below we’ve included full details of all the leaks and rumors so far, including information on the likely Apple Watch 7 release date and price.

We’ve also come up with a wishlist of the new Apple Watch 7 features and changes we want to see, based both on previous Apple wearable features we’ve liked or disliked, and what the competition is doing now.

The only real release date rumors so far come from Ming-Chi Kuo (an analyst with a good track record for Apple information), who’s suggested that we’ll see a new Apple Watch model in the second half of 2021, according to 9to5Mac.

This isn’t at all surprising though, since for years now Apple has been launching new Apple Watches in September. Even with all the disruption the pandemic caused in 2020 that remained true, so we’d fully expect to see the Apple Watch 7 in September 2021 – probably around the middle of the month.

As for what it will cost, there’s no news there, but Apple has been fairly consistent with pricing too. The Apple Watch 6 starts at $399 / £379 / AU$599, and while there has been some fluctuation in pricing across the last few models, they’re all in the same ballpark, so we’d expect the Apple Watch 7 will cost around that much too.

There aren’t many Apple Watch 7 leaks yet but we have heard a few things. For one, Tim Cook himself said during an appearance on the Outside podcast that “there’s a ton of innovation left to go in there” and “We are in the early innings… think about the amount of sensors in your car. And arguably, your body is much more important than your car.”

So while that’s all very vague, the mention of the body suggests a continued focus on health and fitness features on future Apple Watches.

That’s in line with claims from Ming-Chi Kuo, who predicted (in a research note seen by MacRumors) that the “new Apple Watch shipment’s momentum in 2021 will benefit from innovative health management functions and improved form factor design.”

So from that it sounds like the Apple Watch 7 might have both new health features and a new design. And it could be a big design change, as this followed a slightly earlier research note (seen by 9to5Mac) in which Kuo said there would be a “significant form factor design change.”

Though he said that this would arrive on Apple Watch models in the second half of 2021 “at the earliest”, so it’s possible that we won’t see this until a later model.

Might Kuo be referring to a more rugged version of the Apple smartwatch? One is apparently in the pipeline, ready to take on more extreme environments than the standard Apple Watch.

The report that mentioned the rugged Apple Watch also mentioned new swim tracking features – though what form they would take and whether they would be exclusive to the rumored rugged model is unclear.

One new health feature could be a glucometer, used to measure blood sugar levels. A report suggests the Apple Watch 7 could be one of several 2021 smartwatches to get this feature. It’d be useful for diabetics in particular, who need to keep a constant eye on their blood sugar, but other people with various other conditions could find it useful too.

That said, a newer report suggests that we won’t see this until the Apple Watch 8 in 2022, so don’t count on tracking your blood sugar with an Apple Watch this year.

The Apple Watch 7 strap could also be in for a big change, as a patent details a strap with a battery embedded within it, which can therefore increase the battery life of the Apple Watch. However, ideas in patents often don’t get used, so don’t count on seeing this.

We’ve also seen a patent showing the possibility of a Touch ID fingerprint scanner being added to a future Apple Watch. In fact, multiple patents have now talked about this, with another describing a Touch ID scanner built into the home button. Another patent detailed in that same link talks about an under-display camera that’s invisible when it’s not in use.

Also in the territory of patents, it seems Apple is exploring ways of applying a matte black finish to the anodized metal of its smartphones and watches, so it’s possible this will be a new color offered by the Apple Watch 7.

Another patent outlines how Apple could use the smartwatch battery as the haptic engine, giving vibrating feedback when the screen is touched. That would mean the standard haptic engine could be removed, the battery itself could be bigger, and… we could maybe get some more battery life?

Other patents we’ve seen include one that would allow you to blow on your watch to interact with it (for example to answer a call), which could be useful if your hands are full, and one which would allow you to get more accurate heart rhythm readings using a sensor in the crown.

Again though, we wouldn’t hold our breath about seeing any of these patents become reality.

The one we’d say is most likely though is the Touch ID scanner, as that shouldn’t be too hard for Apple to incorporate, has appeared in multiple patents, and could be quite useful.

Finally, there have been various whispers that Apple is looking to switch from OLED screens on its devices to micro-LED ones. Some but not all of these reports mention the Apple Watch as a possible candidate.

Micro-LED has the potential to both improve image quality and reduce battery consumption, so it would be a desirable change. However, a DigiTimes report suggests this change is still years away.

There are a number of things we’d really like Apple to do with the Apple Watch 7, including the following.

In Apps and WebGamingSmartphones
on 21 June 202118 min read

So far no Apple Watch model has had brilliant battery life – they’re not terrible but they’re at best average, which is disappointing for such a premium device, especially with sleep tracking now being offered, since you can’t both use that and leave your watch to charge overnight.

So for the Apple Watch 7 we want Apple to make big strides with the battery life, so that we’re only charging it every few days – or even less.

The Apple Watch 6 is a great smartwatch but it wasn’t the most exciting of updates, and that’s largely because it doesn’t have much of a headline feature, so for the Apple Watch 7 we want to see something new and exciting offered.

Exactly what that would be, we’re not sure. But that’s okay, as it will be even more exciting if it’s a complete surprise. We’re sure Apple can cook something up if it really tries.

These are improvements that could probably be made through a software update, but whether through new hardware or just new software, we want sleep tracking to be a lot better on the Apple Watch 7, as currently it’s really not a rival for other sleep tracking apps and devices.

The Apple Watch 6 is great as a basic fitness tracker, but for more serious athletes it might feel lacking, as for example you can’t set up interval training, and in our review we found that its GPS isn’t as accurate as some other devices, especially over long distances.

So we want both improvements to GPS, and more training options – perhaps something approaching a ‘pro’ fitness mode.

This is in the realms of things that almost certainly won’t happen, but we’d love for Apple to offer the Apple Watch 7 in both circular and square varieties.

While the Apple Watch range undeniably looks good, plenty of people would just prefer a circle on their wrists, and rival devices like the Samsung Galaxy Watch 3 have shown how good this can look and how well it can work.

Apple already provides plenty of options when it comes to colors and straps, so why not offer a choice of shape too?